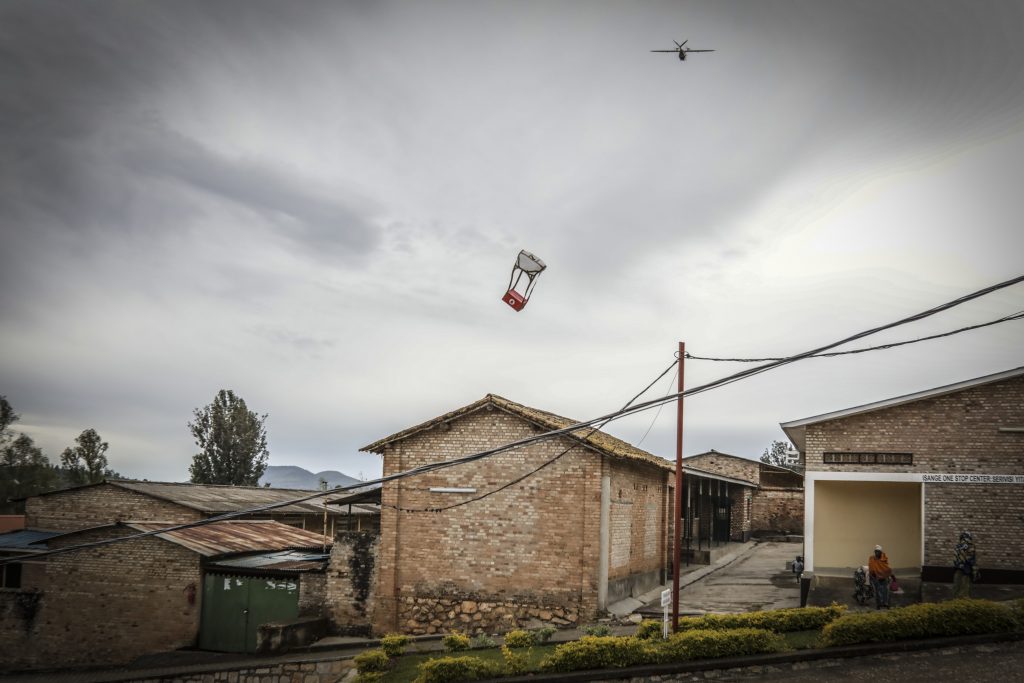 Zipline: A Lifeline for Rwanda

Emma (Lehman) Schott ’10 is putting her aerospace and satellite operations background to use helping make drones that save lives every day. Thanks to Zipline International, when doctors in Rwanda are treating a postpartum hemorrhage in a woman whose blood type is out of stock, or a child with a rare blood type who has lost blood due a malaria infection, they can send a text message and, in a matter of minutes, blood is delivered to their hospital by a drone.

“In Rwanda’s rainy season, it might take several hours to drive 20 miles to deliver emergency blood or medical supplies,” says Schott, who joined the Zipline team as a technical program manager. “But drones can fly in the rain, they don’t need roads, and they can make that same trip in under 30 minutes.”

Schott majored in astrophysics at Williams and went on to an internship at NASA and then a job as a satellite flight operator at Lockheed Martin. “As a flight operator, I was basically the satellite’s physician,” she says. “I monitored its health, looked for unexpected temperature or voltage fluctuations, and developed and executed maintenance procedures to keep the satellite healthy and calibrated.”

After Lockheed, Schott worked for a small aerospace startup called Skybox Imaging. There she was the founding member of the flight operations team, leading the design and development of a flight operations system for Skybox’s fleet of high resolution imaging satellites. She manned the console for the launch of the company’s first satellite and led her growing team through two more launches and an acquisition by Google before joining Zipline in 2017.

She started at Zipline as the program manager for the drone design team, and she’s now building out the engineering support system for the company’s distribution centers in preparation for Zipline’s coming expansion in Rwanda and into Tanzania.

“If Zipline could cover the whole world, it would be a good thing,” says Rwandan doctor Philippe Ntezirayoin in a film featured on Zipline’s website.

A challenge to such expansion has been figuring out how drones outside of Rwanda will communicate with the distribution center base. “Our communications strategy up to this point has leveraged Rwanda’s dependable cellular network,” Schott says. “But we won’t always be able to count on having a stable network, especially as we expand into more remote regions of Africa and the world.”

One of Schott’s early projects at Zipline tackled this challenge. Digging into her satellite background, she found a modem that could integrate with Zipline’s drones, allowing them to communicate over a global communications satellite network. After some initial testing, she discovered that with a few adjustments, the next generation of drones will be able to communicate using this alternative method.

“The fact that we are serving customers every day really propels our development forward, but it’s important to keep our technology flexible enough to work anywhere in the world, and that means keeping an open mind and not getting tunnel vision,” she says.

It’s been an adjustment for Schott to move away from direct work with satellites—“I have always been a space geek,” she says. “But at Zipline my work has a very tangible impact because we are saving people’s lives every day, and I’ve found that to be equally fulfilling.”

Schott says staying connected to the team in Rwanda helps her remember the impact her work is having. “We’re affecting people’s lives everyday,” she says. “Every time I see on the control panel that a drone has taken off, I know it’s carrying blood that might save someone’s life. That’s a really powerful motivator.”