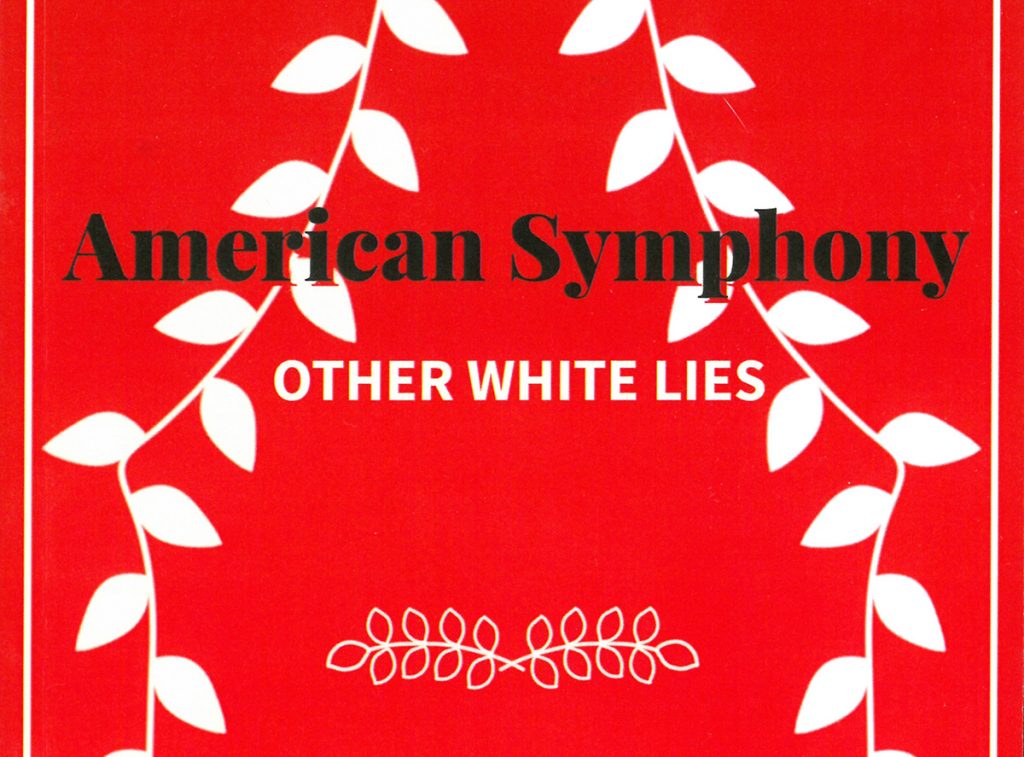 Writing from what she calls “a place of melancholy,” Suiyi Tang ’20 spent the year after her sophomore year at Williams writing and traveling abroad on a Robert G. Wilmers Jr. 1990 Memorial Student Travel Abroad Fellowship. The result—American Symphony: Other White Lies, her debut novel—was published by Civil Coping Mechanisms in the fall of 2019. An American studies and comparative literature major from Gold River, Calif., Tang shared with Williams College her thoughts on the writing life, challenges and inspirations, and the possibilities ahead. An edited transcript follows.

The story feels, in part, like it’s about a personal transformation. What inspired you to write this now?

The book came about because, on the eve of my year off, my advisor, the inimitable Dr. Dorothy Wang, professor of American studies, remarked that I should write something for others who were also trapped in the empty parking lot of queer Asian American womanhood. She put it in more eloquent terms, though I’ve chosen the unruly metaphor of empty parking lot because, in American Symphony, language is an architecture. It enables various structures of feeling, but it’s decidedly not an equal-access infrastructure. A lot of times racialized melancholia is the feeling of wandering inside a hollow concrete monster. Consequently, I think the protagonist of American Symphony experiences a personal transformation, but I’d hesitate to describe the work as one which is immutably tethered to the personal. American Symphony tries to be a choreographic guide, so the racial melancholic can dance her way to something like ecstasy.

What were some writing challenges you faced and how did you overcome them?

One enormous challenge I have and continue to have concerns the form of the confessional, which is supposed to be an artful retelling of one’s life. But it’s also the most commonly accepted genre of writing for minoritized subjects, the presupposition being that the subject of difference can best—and only—speak to her expertise at the horizon of the norm. Such a framing demands a mode of truth-telling that is both essentializing and objectifying.

I write to answer the question, how do we operate reflexivity from the periphery? There’s a difficulty of looking “back” if you’re already “behind.” Things warp, time warps, and so does the materiality of the self—as seer and the seen. American Symphony tries to answer this set of concerns about objectification and essentialization by operating a series of fragmented revelations: The novel is a book within a book and experimental, in the sense that it functions as an experiment.

What do you think makes a great story?

This is a good question, but it’s hard to universalize something so delicate. I have preferences for form and style, of course. For example, I enjoy a crisp, winding Joan Didion sentence, an Octavia Butler mirage of descriptors, a Susan Choi sense for multiperspectivalism. Could I give a short list of works I think tell a great story? My professor, Dr. Eli Nelson, assistant professor of American studies, recently lent me a copy of Terese Marie Mailhot’s Heart Berries, which struck my deepest heartstring. I have also been buoyed by Theresa Hak Kyung Cha (Dictee), Pamela Lu (Pamela), Janice Lee (Daughter), and Bhanu Kapil (Ban en Banlieu). Lastly, my great love these last few years has been Southeast Asian speculative fiction: Ng Yi-Sheng, Amada Lee Koe and O Thiam Chin headline.

Your book is described as speculative memoir. How would you describe it and/or your writing style?

I write from the depressive position. That is to say, I write from a place of melancholy, understanding that this melancholy—a combination borne from racialized and gendered loss among other things—is not merely sentimental but deeply clarifying. Where one grapples with a ledger of throbs for which there are not yet words, fragmentation is the only way forward; hence the need for poetry. Perhaps most importantly, I’d like to describe my writing as witty. My mentors and close friends have told me, very graciously, that my voice is cutting, underlain with a sense of humorous dread. Great, I say, because this world would not tolerate gushiness from me.

What’s next for you?

If there’s a next book, I’d like for it to be a book of essays, cultural criticism of a sort. I just had a piece published by Maudlin House, a small Chicago-based literary magazine, but it’s been a while since I’ve published consistently in the indie literary scene, so I’d like to get back to that and play with my tone and form. Otherwise, I am back to the drawing board to hone my craft and sharpen my mind. This means, hopefully, graduate school and a lot of scribbling, wherever I am.