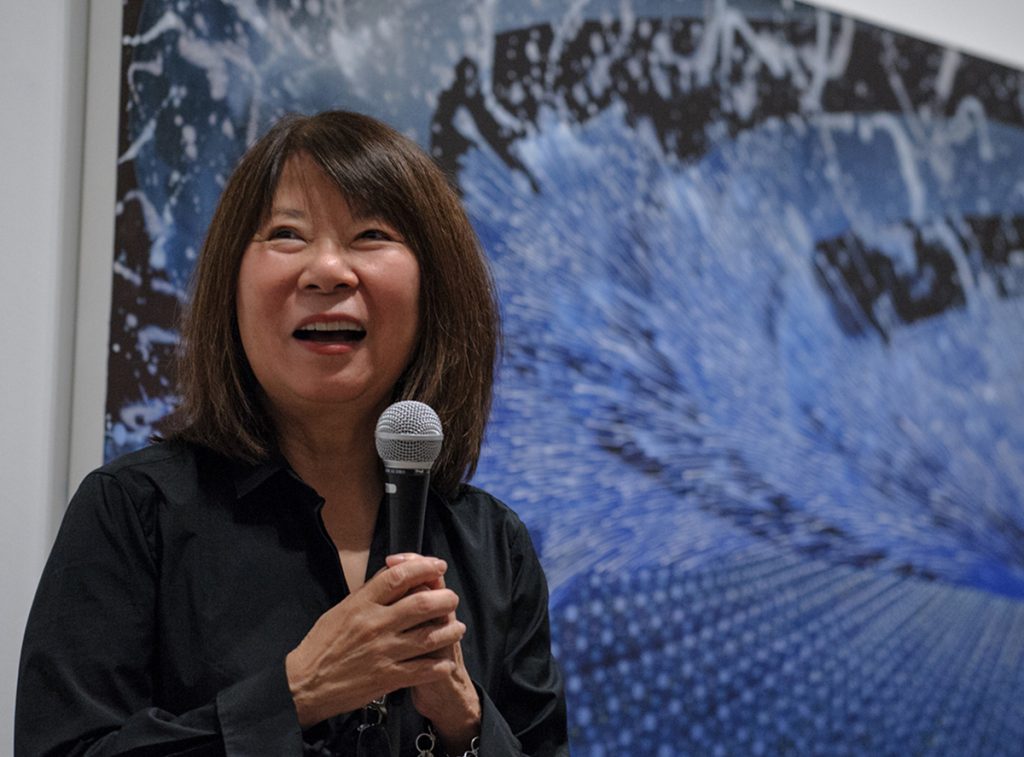 Barbara Takenaga, Williams’ Mary A. and William Wirt Warren Professor of Art, Emerita, and writer/translator  Jenny McPhee ’84 were among the 175 scholars, artists and writers selected as 2020 Guggenheim Fellows by the John Simon Guggenheim Memorial Foundation.

Takenaga joined the art faculty in 1985, and her teaching career spanned 22 years. Her abstract works have ranged in size from 12-by-10 inches to 6-by-11 feet. Her subject matter, too, has shifted over time, from the tiny black whorls and curlicues in her dog’s fur to enormous pieces that evoke galaxies.During an eponymous retrospective at the Williams College of Museum of Art in 2017, her work was described as “emphatically ornamental and conceptual,” paintings that thrive “on contradiction, deftly elevating aesthetic territory that is still thought of as decoration or illustration.” See more of her work at https://www.barbaratakenaga.com/. You can also read about her in Williams Magazine.

McPhee is a novelist and translator who majored inEnglish at Williams. Her books include The Center of Things (2001) and No Ordinary Matter (2004). She translated from Italian Natalia Ginzburg’s Family Lexicon, which was shortlisted for the American Literary Translators Association 2018 Italian Prose in Translation Award.  She is the academic director of the Center for Applied Liberal Arts continuing education program at New York University’s School of Professional Studies and a clinical assistant professor of translation and creative writing. She is also on the faculty of NYU’s master’s degree program in translation. In 2003, she co-founded the Bronx Academy of Letters, a public school in New York City. View her website at https://jennymcphee.wordpress.com/.

More than 3,000 people apply each year for the prestigious Guggenheim Fellowship, which is granted to “individuals who have already demonstrated exceptional capacity for productive scholarship or exceptional creative ability in the arts,” according to the foundation’s website.