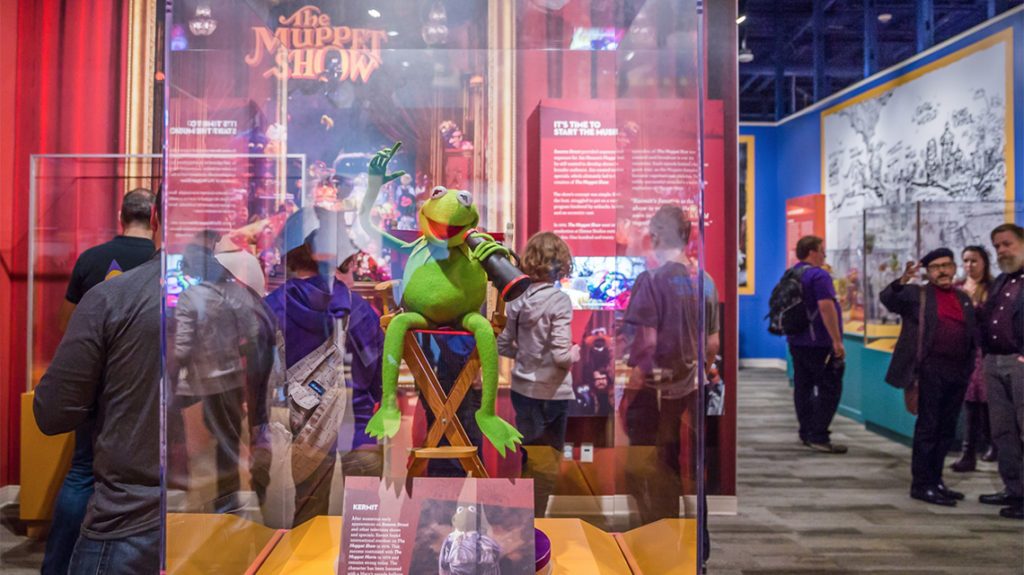 If you asked Cynthia Sharpe ’94 on her graduation day where she would be 24 years later, she never would have guessed the answer: an executive at a major themed-entertainment design and production agency. Today, Sharpe makes museums and theme parks, designing experiences for millions of people to wander through and learn from every day.

One of the reasons that’s surprising is because Sharpe majored in biology and went straight from Williams to the University of Chicago for a Ph.D. in genetics. She wanted to be a scientist for as long as she could remember, because, she says, “Science is one of the ways we can tackle the problems we face as a society.”

But her research question was narrow and deep, and she came to feel that her Ph.D. in genetics was actually taking her away from what she loved about science. So she left the program and applied to work on a traveling exhibit about medicine while it was at the Museum of Science and Industry in Chicago. That eventually led to a permanent position at the museum, and Sharpe says she found that “museum work helps me spread the joy of science in a completely different way.”

Sharpe learned such unique approaches to education at Williams. In addition to her biology coursework, she took classes in religion, English and history. She says it was earth-shattering for “a nice white girl from the suburbs” to start asking questions such as, How do we know what we know? Whose perspective is represented? and Whose voices are we excluding, and why? “These days, museum work is all about taking your world view and kicking it off its axis, helping people open up to new ideas,” she says.

When family obligations brought Sharpe from Chicago to Kansas City, she started consulting and soon found herself at the Thinkwell Group, which up to that point focused its energies on designing theme parks and events. With Sharpe’s help, the firm moved into museum, zoo and aquarium work, and now Sharpe works in all types of themed entertainment, from the development of the Warner Bros. Studios Tour London: The Making of Harry Potter, in Leavesden, England, to her current project designing the first museum dedicated to the history of the U.S. Marshals Service.

Sharpe, whose official title at Thinkwell is principal, cultural attractions and research, is now expanding her reach into professional mentoring. She recently co-founded Harriet B’s Daughters, an organization dedicated to “changing the face of themed entertainment, one woman at a time.”

Harriet B’s Daughters is named in honor of the first woman hired by Walt Disney Imagineering in a creative capacity. “Whether we work for museums or theme parks, wield power tools or pens, as women in this industry we are all Harriet Burns’ ‘daughters,’” Sharpe and her co-founder state on the organization’s website.

Members can have one-on-one or group mentoring sessions and participate in a vibrant online community. “We have a lot of people who are the only high level woman in their office, or the only junior level woman in a sea of new hires, or the only trans woman, or the only woman of color,” she says. “So many of us are isolated in our jobs, and having a sounding board is really valuable.

“When you think about how many people are seeing our work every day, the opportunity to affect meaningful cultural change is in our hands,” Sharpe adds. “If we can make our work spaces more inclusive, diverse, equitable and accessible, we have the power to reflect that ethos back out onto the world.”

Shifts in the Supreme Court
Breaking the 4th Wall