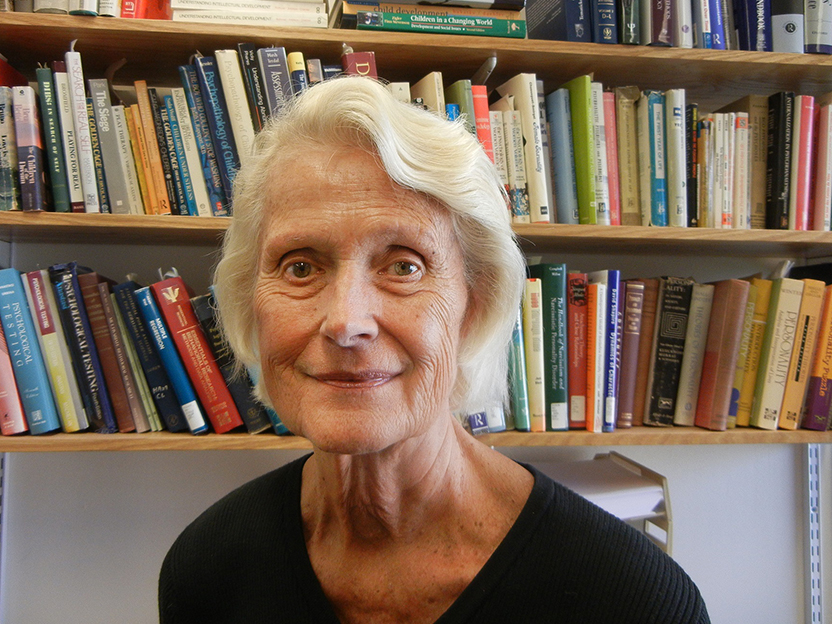 Phebe Cramer, emerita professor of psychology, is the 2018 winner of the Henry A. Murray Award. The award, which the Association for Research in Personality (ARP) presents once every two years, “recognizes outstanding scientific and humanistic scholarship in the psychological study of individual human lives,” as stated in the announcement.

Cramer, who will receive the award and give an address at the ARP conference in June, says the honor feels especially meaningful because it’s named for the man who developed the Thematic Apperception Test—a research tool she has used throughout her career.

Having earned her Ph.D. in 1962, Cramer taught at Barnard and the University of California at Berkeley before joining the Williams faculty in 1970. She was among the first female faculty to receive tenure. She taught courses in developmental psychology and child clinical psychology and maintained a small private practice until her retirement in 2009. But she continues to conduct research, publish and lecture today.

Cramer’s main area of study is defense mechanisms. “I try to understand how people manage to not know things about themselves that they don’t want to know,” she says. “With very young children, the most common defense strategy is denial, as in, ‘I didn’t break that vase,’ when in fact the child did break it.” Cramer explains that while adults sometimes see this as lying, children in fact are protecting themselves from a truth they would rather not face.

“Somewhere around age 10, projection becomes the more prominent defense mechanism,” Cramer says. “Here, a child can say, ‘I don’t hate her, she hates me,’ thus attributing her own unacceptable feelings to someone else.” The final developmental defense mechanism Cramer studies is identification, which she describes as when “one feels some self-esteem or security by belonging to a group or identifying with an important figure.”

These mechanisms and others are all a normal part of human development, which Cramer has unpacked using Murray’s Thematic Apperception Test (TAT). “I show someone a standard series of pictures and ask them what’s happening, what happened before and how it ends,” Cramer says. Among her contributions to the field is a coding system that allows researchers to identify different defense mechanisms in the answers provided based on the TAT images.

Cramer also takes the work a step further. “She later linked the use of these mechanisms to the development of identity crises and general adaptation and well-being,” the ARP announcement explains. “Thus she not only adopted the [TAT] method for her own research questions, she also conducted quite a bit of her research in the Murray tradition by studying personality development throughout the life course.”

Cramer’s work—including her five books and many more articles—is credited with reviving narrative research in the field of psychology. As she describes it, “I have retired from teaching, but I continue doing research, writing, and lecturing.”