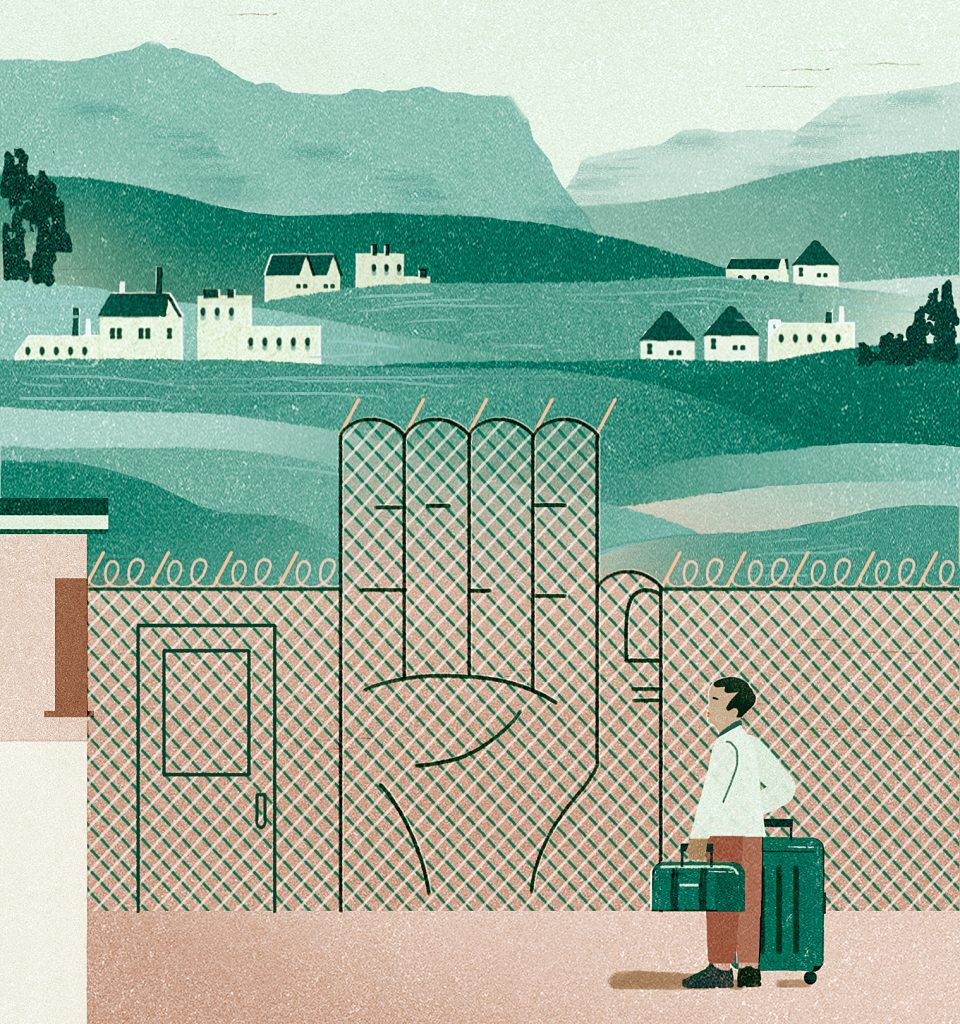 In this essay originally written for a summer issue of Williams Magazine, professor of political science Ngonidzashe Munemo addresses the implications of politics on African countries’ response to the pandemic.

On May 12, the small highland kingdom of Lesotho became the last African country to confirm a Covid-19 case—a Mosotho national who had been studying in Saudi Arabia. It was curious that Lesothon remained Covid-free for so many months, despite being completely surrounded by South Africa, the country with the most confirmed cases (then just over 20,000) on the continent. Yet it was unsurprising that the first case there was detected in a traveler. Initially, all across the continent, Covid-19 was mainly associated with returnees from abroad or those whose work brought them into close contact with overseas travelers. It was first noted among wealthy Africans returning home from trips to Europe and later among returning students and workers.

Despite the virus’s initial slow movement, lockdowns spread quickly across the continent; many African governments announced partial or complete lockdowns between late March and early April. When Lesotho went into national shutdown on March 29, it was ostensibly to protect itself from the virus coming in from South Africa, where many Basotho work.

But, in a number of countries, public health considerations alone don’t provide a complete explanation of the adoption of lockdowns. Conveniently for some autocrats, lockdowns and the subsequent deployment of armies stifled the possibility of protests, in desperate attempts at forestalling political challenges to insecure incumbency. Lesotho Prime Minister Thomas Thabane announced lockdown as he was also reneging on an agreement to leave office after he and his current wife were accused of murdering his ex-wife. Thabane ultimately resigned on May 18, but the lockdown extended an already months-long crisis. In Malawi, President Peter Mutharika announced lockdown just as the country’s top court began hearing his appeal against the historic annulment of his 2019 re-election. And on May 13 in Zimbabwe, still under lockdown, three female opposition officials were allegedly abducted and tortured by state agents.

Insecure democratic rulers have also benefited from responding to the pandemic. Cyril Ramaphosa’s decisiveness in locking down South Africa, rolling out testing facilities and extending income grants to South Africans earned him some plaudits from across the political spectrum.

But as the months have passed, a pandemic that was somewhat self-contained among the traveling classes has now made the leap into the wider society (as of July 23, there were 773,659 confirmed cases and 16,487 deaths from coronavirus in Africa). The continent has not escaped the worst of Covid-19: In the southern hemisphere, winter and the easing of lockdown measures coincides with heightened spread. The alarming rate of this uptick is most evident in South Africa (now with 394,948 confirmed cases) where the epicenter of the pandemic has shifted from the tourism hub of Cape Town to the bustling commercial and economic center of Johannesburg. What’s more, the face of the most vulnerable has changed from the wealthy traveler to the poor, as the virus spreads rapidly in South Africa’s mostly black townships, exposing enduring and persistent apartheid-era racial and economic inequalities.

For South Africa and many other African countries, it appears that the worst of the pandemic is yet to come. As current patterns have shown, the strength and weakness of political incumbency will dictate how governments tackle these challenges.

Ngonidzashe Munemo is a professor of political science whose research interests include famine studies and political violence. He is currently looking at institutional choices and changes in the executive office among African countries that liberalized in the early 1990s.

Symbols of Hope and Unity
The Campus Community Reaches Out