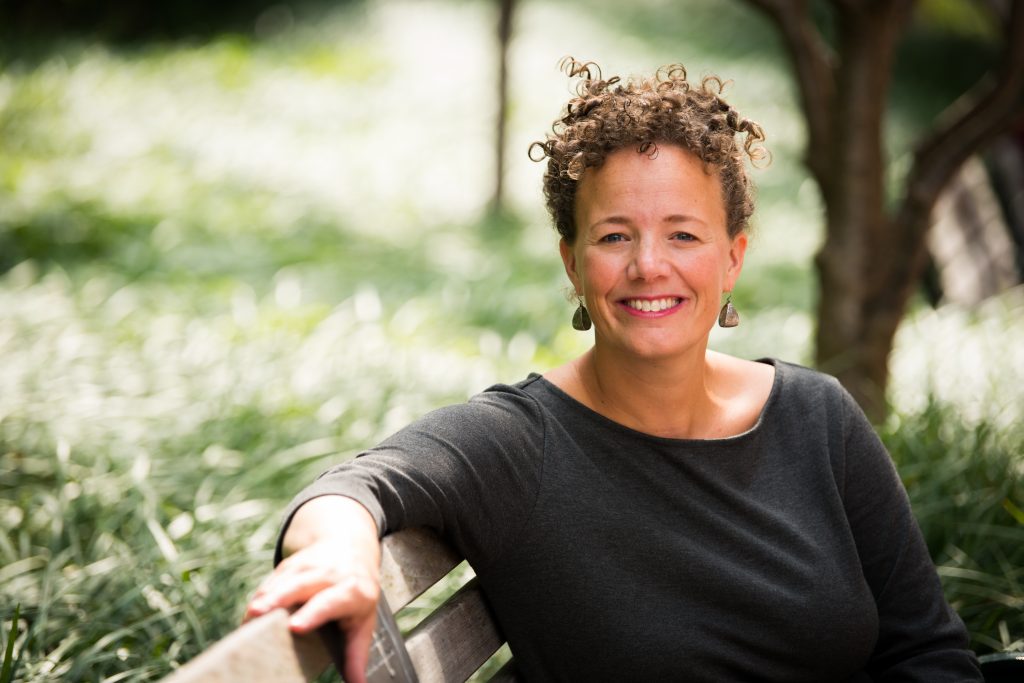 I am white. What can I do to help? It’s a question Ali Michael ’00 has returned to again and again in her 15-year career as a racial justice educator and writer focused primarily on whiteness.

Michael, who has a master’s degree in anthropology and education and a Ph.D. in teacher education, co-founded the Race Institute for K-12 Educators in 2012. There, she leads workshops and seminars for teachers and administrators to, as she writes on her website, “provide a space to do the deep personal work of developing their own racial identities, on the premise that a teacher cannot support a student in their process of identity development if the teacher isn’t already immersed in their own racial identity journey.”

She is the author of Raising Race Questions: Whiteness, Inquiry and Education and co-editor of Everyday White People Confront Racial and Social Injustice and Guide for White Women who Teach Black Boys. Michael teaches in the Diversity and Inclusion Program at Princeton and at the Equity Institutes for Higher Education at the University of Southern California.

In the fall, she discussed her work with Williams Magazine writer Julia Munemo.

Can you describe your racial background and how you came to do anti-racist work?

I grew up in a predominantly white suburban community and was raised not to notice race. If I learned anything explicit about my role as a white person, it was that I should help people of color by teaching in a predominantly black school or doing aid work in Africa—a model that I now see easily slides into “white savior” tropes. When I was in high school, the only time I interacted with Black people was in soup kitchens on Sundays, where the predominantly white organizers and volunteers controlled the terms of interaction. That charity model is tied into pity, and it’s really hard to stand in solidarity with someone you pity. These days, I find I’m always asking where I belong in the struggle for racial justice. I used to ask, “Who am I to do this?” Yet so many writers and thinkers, from W.E.B. Du Bois and Steve Biko to Toni Morrison and Richard Wright, have said that white people need to do this work. To paraphrase James Baldwin, racism isn’t a people of color problem, it’s a white person problem, and it’s not going to change until white people do something about it.

How have you metabolized this painful moment in our history?

Over the summer, a colleague wrote on Facebook that her white friends all say “Black Lives Matter,” but no one had reached out to make sure she was OK. I realized I needed to reach out on an interpersonal level and be in grief with Black friends and family. It’s easy for white people to move quickly to anger or to intellectualize police brutality by talking about political or policy change. All of that needs to happen. But the first step is to feel deeply about the deaths of Ahmaud Arbery, George Floyd, Breonna Taylor and so many others; to feel the anxiety and pain and fear of living in a country where the government can kill its own citizens with impunity. When we stop to feel it and to grieve with our friends and family and colleagues of color, then we know better how to take action. We each have a sphere of influence in which we can make an impact. So the next step is to ask ourselves where that sphere of influence is. I chose to hold a series of webinars on creating and sustaining anti-racist learning environments for white people. The goal was to help white people take our learning beyond the book group. Racial competency involves acquiring not only knowledge but also skills and self-awareness, and then taking action.

We hear a lot about white guilt getting in the way of many white people joining the movement. Have you ever felt white guilt?

Absolutely. But I find that guilt around racism can be a motivating factor. For me, it’s affected where I send my kids to school and how I structure my life. What gives my work value is that so much of it is done in collaboration with people of color. In co-facilitation or co-editing or writing together, I have a chance to learn so much. So I try not to push the guilt away but to ask myself what it’s telling me about what needs to change. White people have to do our own work to learn about racism, and listening to the guilt is part of the work. But it’s also the reward. We then get to be a part of communities that aren’t supposed to exist, because racism was created and continues to be propagated for the sake of dividing us. We’re so much less powerful when we’re divided. For me it’s a huge reward to repair those fractures in myself—my own biases and the ways racism damages me—and then to repair those fractures in my community so that we can live in healthy multiracial relationships and communities.

What do you advise the white people you work with to do? How do we each do our part?

I had a colleague who used to say, “White people want to move to action so quickly, but for white people, self-reflection is a form of action.” We must remember that racism lives in us. So I think the first action has to be seeing how we perpetuate harm, even in the most well-meaning, unintentional ways. This can happen because of the way we’re positioned in the system and because of what we’re not taught and what we don’t learn. Then we need to act. Racism is big, and the pathways toward ending it have to be many. Each of us has a different role. Continue with the self-reflection, continue to engage in deep, empathetic listening, and follow where it leads. As a friend says, “We’re all essential workers for ending racism—the question is what is your unique task?”

Learn more on Ali Michael’s website about the seminars she led in July on how to create and sustain white anti-racist learning spaces. Read Michael’s recent blog post “I am White. What can I do to help?” for more on what white people can do in the fight against racism.