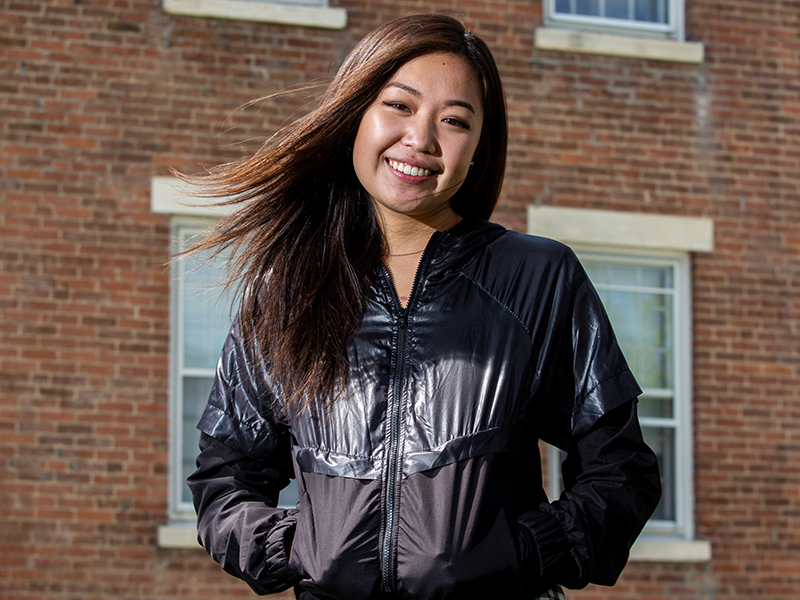 The daughter of two physicians and the sister of a medical resident, Laura Wang ’21 wasn’t planning to follow her family’s career path. She came to Williams for the liberal arts. In her freshman year, she took chemistry and math classes as well as introductory economics and psychology. She decided to major in economics, but medicine tugged at her. As she found her way to the pre-med track, she was determined to bring along the ideas she was engaging with in her other courses to that field of study.

“I had thought the pre-med track would exclude other disciplines,” Wang says. “That’s in part because I knew there was an idea in the medical community that politics should be kept separate from medicine.”

Then she took a course last fall that shattered her assumption: Epidemic! A Critical History of Medicine, Science and Power, taught by Richmond Visiting Professor Ahmed Ragab. The course “investigated the place of epidemics in medical and scientific thought, how they relate to race, gender, sexuality and colonialism, and how they change the world we live in,” says Ragab, who received his medical degree from Cairo University and a Ph.D. in the history of science from the École Pratique des Hautes Études in Paris.

Wang, who will enroll next fall at the University of Texas Southwestern Medical Center, says Epidemic! helped her understand “there is no way science and medicine are disconnected from social hierarchies and politics. I began to see how important it is for physicians to understand more than just medicine.”

Of the 13 students who took Epidemic!, most were juniors and seniors, and roughly half were on the pre-med track, even though the course wasn’t required. Ragab says he was delighted to see so many pre-med students in the course: “I found they were starved for content that will prepare them for health care careers in a way that is embedded within the humanities.”

Medical humanities is an expanding field that focuses on the intersection of medicine and public health with topics such as history, literature and religion. This spring, Ragab is teaching two more courses in the field, the introductory Science, Technology and Colonialism and the advanced Race, Gender and Science. He’ll continue as a visiting professor in 2021-2022.

Ragab also leads a lecture series at the Oakley Center for the Humanities and Social Sciences about the Covid pandemic. Some events bring outside scholars into conversation with Williams faculty, while others are discussion-based and open to the entire community. “This becomes a space to talk about how Williams is dealing with and working through the pandemic,” says Ragab, who has previously taught at the Harvard Divinity School and is the director of the Center for Black, Brown and Queer Studies, an independent center that aims to address inequities in academia by, according to its website, “raising historical and cultural awareness around issues of race, gender, sexuality, socioeconomic status, citizenship status and colonialism.”

Ragab, who also advises a pre-med student group and leads a reading group outside of class for students, says the series, “along with the courses I teach, helps bring medical humanities into the larger conversation we’re having at Williams. It’s key to sustaining the liberal arts mission.”

Wang says she is grateful Ragab came to Williams before she graduated. She’s now taking Race, Gender and Science and working as his research assistant.

“The courses I’ve taken with Professor Ragab will influence how I practice medicine,” she says. “I will question things more, like who the health care system benefits and who it leaves out, and how different people interact with it.”

Creating Options and Opportunities
A Tribute in Song