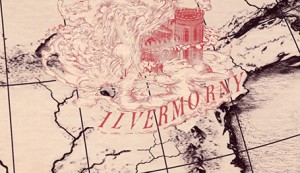 The next time clouds gather at the peak of Mount Greylock, hiding it from view of the residents below, there could be magic happening. At least in the world of J.K. Rowling.

Through her website Pottermore.com, Rowling recently introduced Ilvermorny School of Witchcraft and Wizardry, and announced that it’s located in North America on top of Mount Greylock, the highest peak in Massachusetts and a familiar sight to the Williams community. The story provides background information for the movie, Fantastic Beasts and Where to Find Them, that will be released in the fall.

When the news broke about Ilvermorny, the Williams community took to social media to share their excitement. @alanawhitman tweeted, “Wait, Ilvermorny is on Mt. Greylock? Does this mean that @WilliamsCollege is basically Ilvermorny???” Katie Aldrin ’12 posted, “brb processing that american wizarding school was BASICALLY @WilliamsCollege #ilvermorny #mtgreylock”

It also turns out the mountain is a logical setting when considering the myths that surround it and the Berkshires, generally. 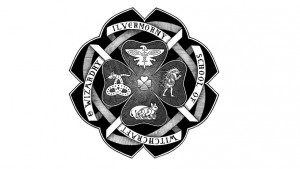 “I would guess that J.K. Rowling may have picked Mount Greylock because it is the highest peak in Massachusetts and somewhat remote, but whether by research or chance, she hit on a location with a lot of rich association,” writes Jason Ananda Josephson, associate professor of religion at Williams, who teaches the history of magic and has worked on Berkshire folklore about witches.

From reported sightings of Bigfoot, to the ghost of a Civil War veteran named “Old Coot” living on Mount Greylock, the area is steeped in folklore and has inspired a number of writers for centuries.

“The most relevant story is one from Nathaniel Hawthorne, who came through the area in 1838,” Josephson says. “His short story ‘Ethan Brand’ is set largely on Mount Greylock, and Hawthorne’s protagonist was supposed to have conjured ‘a fiend’ in a kiln there. So the association between Mount Greylock and magic is rather old.”

It’s also believed that a snowy Mount Greylock inspired Herman Melville’s vision of a white whale for his novel, Moby Dick. Melville, who lived in Pittsfield for a time, had a view of the mountain from his window (see “Whale Tales,” summer 2014 Williams Magazine).

Like so many children growing up in the late 1990s and early 2000s, Aldrin was an avid reader of the Harry Potter series.

“J.K. Rowling’s work shaped my childhood,” she writes from her home in Los Angeles. “When I didn’t receive my Hogwart’s letter, I convinced myself that American wizarding school must start in middle school … or high school … or college. I’m now happy to know that I basically (kind of sort of) went to Ilvermorny.”