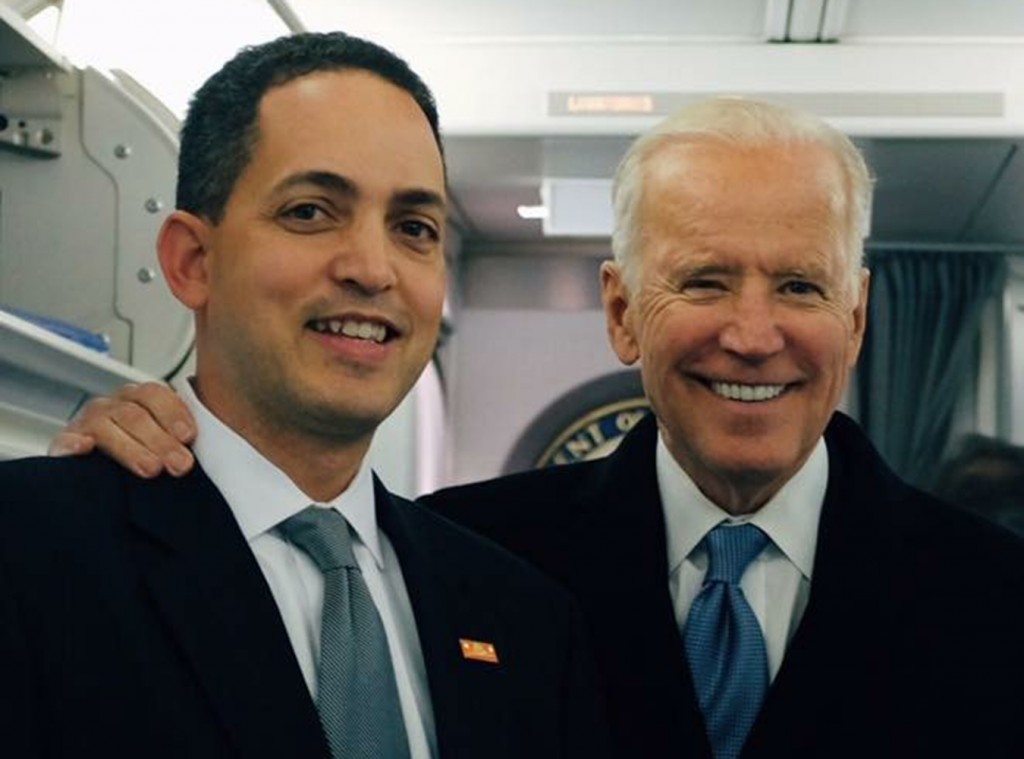 Graves came to Williams to study biology but instead majored in political science and history. He went on to Georgetown Law School, worked in a law firm and ran a civil rights organization, joined the Clinton administration’s Treasury Department as a policy advisor, and worked at the Business Roundtable before returning to treasury in 2010.

Then, in February of 2011, Graves was on his first trip aboard Air Force One. As deputy assistant secretary for small business, community development and housing policy with the treasury, he was traveling with the president to a small business summit in Cleveland, Ohio. Graves grew up in Cleveland, so the trip felt significant.

“I was traveling to staff the treasury secretary, because I was his point person on issues related to small business. But I was a junior staffer, so when I got on Air Force One, I headed to the back,” Graves says. “But the chief steward for the flight said, ‘No Mr. Graves, you’re up here,’ and I got put into the senior staff cabin.”

As it happened, Graves was on the flight because he was about to be tasked with leading the president’s newly created jobs counsel—something he found out when President Barack Obama came into the cabin to hear his ideas. “I spent the rest of the flight digesting the fact that I was about to help lead the charge at this summit,” he says. “Then, as we were landing, I looked out the window and saw we were flying over the neighborhood where I grew up.” He describes it as an unbelievable moment. “It was totally surreal,” he says.

Back in D.C., Graves continued with his post at the treasury, but added to those responsibilities the directorship of the President’s Counsel on Jobs and Competitiveness. “We came up with three sets of recommendations,” he says. “One for the president, which included things the federal government could do to continue to grow the economy, another set for Congress, and then recommendations for the private sector.

“The administration completed something like 95 percent of our recommendations,” Graves says. When the charter expired in 2013, he continued to advise the president on jobs and the economy. But soon enough he was asked to do something else.

“We had been working on ways we could help particularly hard-hit communities,” Graves says. “In 2013, the president asked me to be his point person for Detroit.” His new job meant coordinating everything federal and local agencies did in the city. “The idea was to help get Detroit off its back, up onto its knees, and eventually standing up and running again,” he says. “The notion was that if we could do that in Detroit, we could come up with ways to do the same thing in other communities across the country.”

Says Graves, “I think the work we did in Detroit is one of the signature achievements of this administration.”

Then, in 2014, Graves was approached by Vice President Joe Biden to serve as his counselor and domestic and economic policy director. “The vice president took a real interest in what was going on in Detroit,” Graves says, and Biden thought he would be a good addition to his team.

Since the beginning of this year, that team has been focused on a program called Cancer Moonshot, with Graves at the lead. “The Moonshot effort aims to end cancer as we know it,” says Graves—himself a cancer survivor. “We want to speed the progress of cancer research, to do in five years what was previously thought would take 10 or 20.” To get there, Graves and his team work to coordinate efforts between the public and private sectors, academics, oncologists, and patients.

“A lot of people work on policy issues but don’t ever get to touch people directly,” Graves says. “All the jobs I’ve had in government have touched people and tried to improve their lives, create opportunities, buy a home or stay in a home. I consider myself one of the luckiest people in the world.”