In the fall of her first year at Williams, Ranana L. Dine ’16 took a 300-level course called American Medical History with professor Gretchen Long. For her final project, she wrote a paper about abortion rights in colonial New England. An edited version of that paper recently won the Undergraduate Paper Award from the Association for Practical and Professional Ethics (APPE). 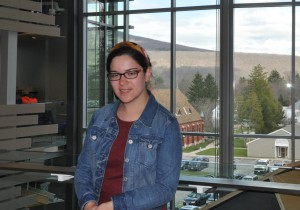 “This was the first time I’ve suggested a student submit a paper to APPE,” says Julie Pedroni, a lecturer in philosophy who is active in the association and always attends the annual conference. “Ranana sent me the paper after a meeting she’d scheduled with me her sophomore year, and I was struck by how scholarly it was, and by the fact that it dispels a myth about Puritans that I think is very important to dispel.”

That myth—that religiosity has historically meant a negative view of abortion—sits at the heart of Dine’s paper. “No matter what reason a young woman in 17th or 18th century New England had for procuring an abortion, she would have had a fairly easy time finding the necessary instructions and medicines,” she writes in her conclusion. “No legal or religious restrictions would have stopped her.”

Despite Pedroni’s encouragement, Dine didn’t submit the paper to the APPE her sophomore year. She wasn’t yet a student of Pedroni’s and didn’t know the professor well. Plus, she was busy with her religion and art history and practice double major, and the paper had already received attention outside Williams.

The summer after her freshman year, Dine was a research intern at the Center for American Progress (CAP). “Interns each get a small side project,” Dine says of her time at the think tank in Washington, D.C. “They asked me to turn the paper into a more political piece, and that post apparently became the most-read piece for the religion desk.”

Dine took a tutorial on medical ethics with Pedroni the fall of her junior year and Pedroni once more encouraged her to submit the paper to APPE. But Dine was on her way to Cambridge for a study abroad program and it slipped her mind. When she came back to work at Williams for the summer, the two had coffee to catch up. “Professor Pedroni finally convinced me to submit the paper,” Dine says. 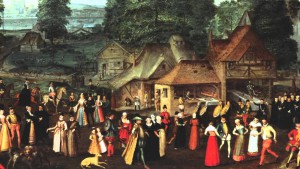 “APPE is an academic organization devoted to studying ethics of all kinds, not just medical,” Pedroni says. “It embodies the liberal arts, and the same can be said for Ranana, who studies ethics while maintaining a double major in other areas.”

Dine is writing a senior thesis on portraits of American rabbis. She took a break from her research in February to attend the annual APPE conference, where she presented a poster of her paper and received the award. “It was exciting to attend a professional conference as an undergraduate,” she says. “I learned a lot and got really good feedback on the project.”

Dine recently won a Herchel Smith Fellowship and will study Christian theology and the history and philosophy of science in Cambridge after graduation. “I’m currently doing another research project on abortion, and I think it’s likely I’ll continue to study this topic in graduate school,” Dine says. “I had no idea my first year at Williams that this would become a theme for my entire academic career.”

Read Ranana Dine’s article for the Center for American Progress.

Envirothon 2016
Building a Country, One Film at a Time