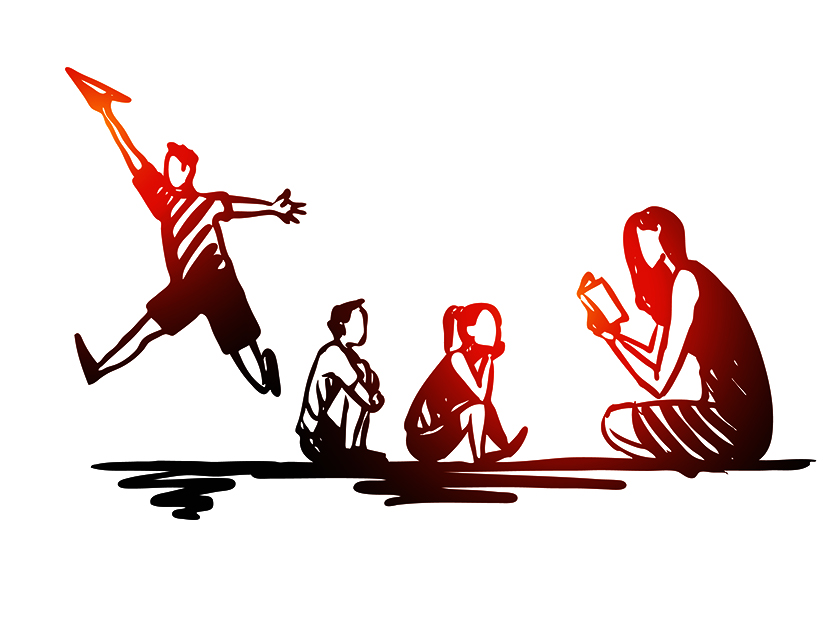 Fifteen years ago, not long after Neil Peterson ’65 sold his successful business, he was driving his daughter back to college and she asked him what his next steps might be. When he hesitated, she suggested that he do for other children what he had done for her and her brother. It’s a moment that still brings emotion into Peterson’s voice as he explains, “If you have kids, you know what it feels like for them to really recognize what you do for them.”

What he did for his own kids—and what he now does for thousands of others through The Edge Foundation—is help them manage their attention-deficit/hyperactivity disorder (ADHD) through one-on-one executive coaching.

Peterson studied political science at Williams and earned a master’s degree in public policy. He went into policy work and later moved out west, where he had a long career as a transportation leader in Seattle, Oakland and Los Angeles. In 1998, he founded Flexcar, which he later sold as part of a merger with the national car-sharing company Zipcar. Some people would have retired then, but after that conversation with his daughter, Peterson knew he wasn’t ready to slow down.

His children had both been diagnosed with ADHD as teenagers, and as soon as Peterson understood the contours of the condition—and the fact that it can be passed from parent to child—he realized he suffered from it as well. As his family struggled to manage ADHD in their home, Peterson put his business acumen to work. He realized he had benefited from regular contact with an executive coach throughout his professional career. “Every successful CEO has a coach,” he says. “It seemed like a natural addition to the other treatments we were instituting with the kids, like diet and sleep regimens, medications, color coordinated notebooks and verbal dictation software.

“When Kelsey told me that her coach was the most important part of her success, and that I should work to find coaches for other kids struggling with ADHD, it was like lightning struck,” Peterson says. “I already knew I wanted my next steps to be about giving back—and now I had something concrete that I could do.”

Peterson spent years researching executive coaching and watching how it worked for his kids. He had contact with ADHD experts, he understood the condition, and he knew that not all life coaches could coach a child with ADHD. He brought the experts together to develop a list of criteria for ADHD coaching and, when he had enough staff to make a go of it, he created The Edge Foundation, a national resource that partners coaches with children with executive functioning challenges.

Coaches help students stay organized, talk to them about what’s going on at school and at home, and play the important role of being another adult in their lives who cares about them. “Research shows that the single most important thing to help a child develop successfully is a meaningful, loving relationship with an older person,” Peterson says.

In recent years, The Edge Foundation has partnered with 40 inner-city schools around the country. “Kids who have had childhood trauma have the same kind of brain chemistry issues as kids with ADHD,” Peterson says. “These executive functioning challenges are highly correlated with poverty, which is why we wanted to find a way to make our coaching technique available to students who couldn’t otherwise afford the program.

“In 11 schools in the Palm Springs area of California, where all of the kids we’re coaching are either in foster care or are homeless, the absenteeism rate dropped by 30 percent last year,” Peterson says. “My long-term goal is for every kid in America to have a coach—because everyone needs that kind of one-on-one attention.”