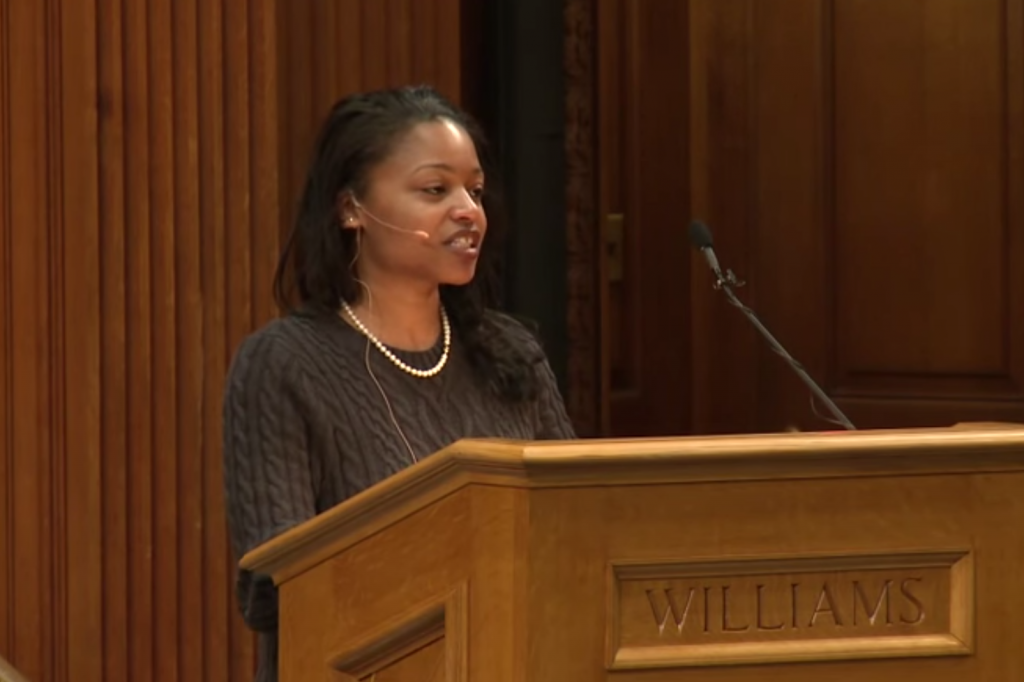 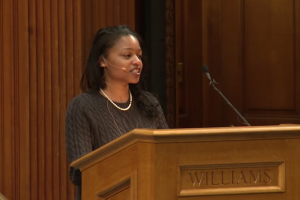 Chaédria LaBouvier ’07 was working on her MFA in screenwriting at UCLA when her brother was shot and killed by a Dallas police officer in March 2013. It changed her life. She took a leave of absence from the program to focus instead on fighting police brutality.

“We’re at a seismic shift in American history,” she says. “It’s my aim to deepen our conversation about race, class, and politics by putting a human face on police brutality.”

It started with a blog she launched after her brother’s death. She wrote about the misperceptions about him in the media, about his life and family, and about sibling love. But within a few months, LaBouvier had expanded the conversation; she started writing about American history, racism, culture, and politics. And people were reading.

The Daily Kos asked her to write about the jury acquittal of George Zimmerman over the death of Trayvon Martin. “That was the first piece I wrote framing the murders of young black men in a human context,” she says. When it went viral, she knew she had to keep writing about this issue.

“People don’t understand what these statistics mean until they have a human face,” she says. “What does it mean when people say that every 28 hours a black man is killed by the police? Do people know what a body with seven bullet holes looks like? What does it mean when they say the police are rarely indicted? Do people know how the victim’s families sob in the court hallways?”

LaBouvier hopes that by telling her story, people will understand—and act upon—those statistics. Today, she is a contributor to several online platforms including Elle, Medium, and the Bold Italic. She’s also launching a website called The Allen Wells Project, dedicated to conversations surrounding police brutality. The site is named for her brother, Clinton Allen, and for Ida B. Wells, “the activist who humanized lynching and galvanized the country to do something about it,” says LaBouvier, who hopes the site will have the same effect on police brutality today.

“My most recent piece for Elle frames Ferguson as a feminist issue,” she says, referring to the August 2014 fatal shooting of 18-year-old Michael Brown by a police officer in Missouri. “Women are so often on the front lines in the aftermath of these murders. They’re the ones left behind to pick up the pieces, like my sister-in-law, who’s now raising Clinton’s twins boys without their father. We can’t have this. Something has to change.”

Someday LaBouvier may get back to her dream of writing for TV. She went back to UCLA and recently finished her MFA. But for now, she says, “I want to help make the world around me safer and more tolerant for Clinton’s babies. That goal is at the epicenter of everything that I do.”

Finding Home in Vietnam
Checking out the Human Library