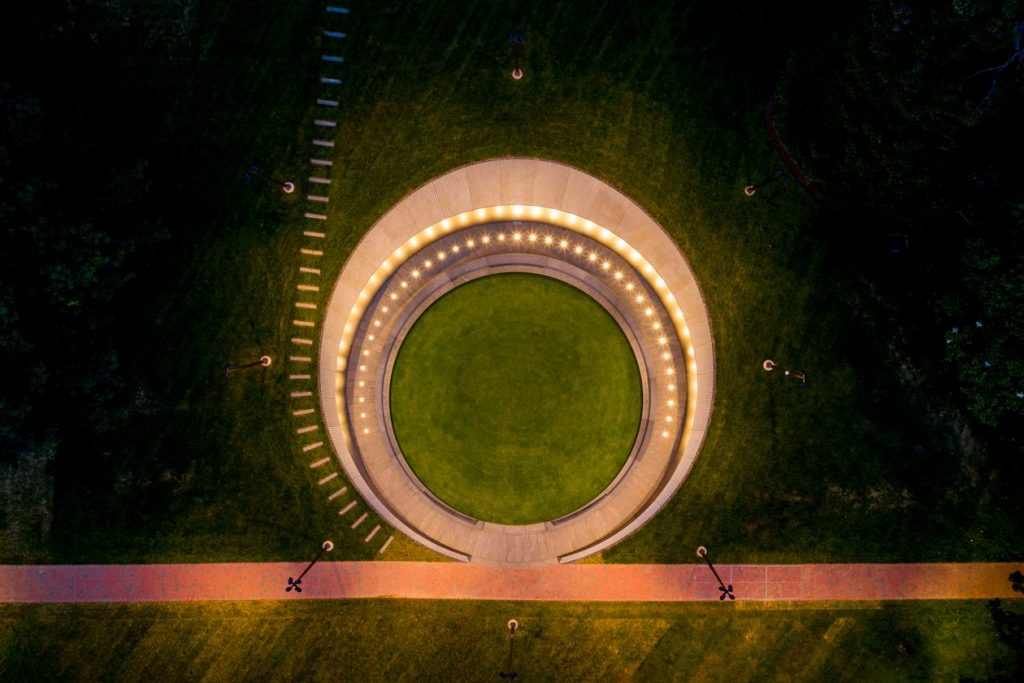 History professor Michael Lewis reviews architecture for the Wall Street Journal. In his latest piece, he writes about the Memorial to Enslaved Laborers at the University of Virginia, which honors the thousands of slaves who constructed the school, many of whom remain unidentified.  You can read the full story on the Wall Street Journal website (note that you will need a paid subscription or sign up for a free 30-day trial to view the full story). Below is an excerpt.

In a year of falling memorials, it is surprising to see an ambitious one rise. The Memorial to Enslaved Laborers (2016-20) commemorates the roughly 5,000 slaves who built the University of Virginia and toiled on its campus here until their liberation at the end of the Civil War. Such a troubling theme could easily have been turned into political poster art. Instead it has given us something rare these days, a memorial worthy of the name, one that stands boldly on the campus to speak movingly of tragedy, suffering, and the dignity of the human spirit.

The University of Virginia was the inspired creation of Thomas Jefferson, whose campus is itself a textbook of architecture. He aligned ten pavilions, each in a different classical style, to face one another across his celebrated Lawn. Here, above their classrooms, lived the professors, while students lived in smaller rooms between the pavilions. All were drawn together by a continuous colonnade, culminating at one end in Jefferson’s great rotunda, a paraphrase of the Roman Pantheon that served as the university library. The other end was open to a view of the Virginia countryside, juxtaposing nature and civilization. The ensemble has been called America’s finest man-made object and is justly famous. Less well known is that the campus literally rested on slavery, the cellar of each pavilion housing its professor’s own team of slaves, invisible from the lawn.