Building a Country, One Film at a Time

“Each of us had help getting where are today,” says Renee Robinson ’02, who recently became Film Commissioner of Jamaica, her homeland. “Anyone who’s gotten anywhere had support from someone.” The person Robinson credits with her launch into the film industry is an executive producer for whom she volunteered in Canada a few years after graduation.

Robinson graduated from Williams with majors in art history and studio art, and she spent a year working at an architecture firm in New York. But her international student visa only granted her a year’s residency in the U.S. after graduation, so she had a decision to make. She and her family hold dual citizenship in Jamaica and Canada, and her parents suggested she try to  make a life for herself in Toronto. 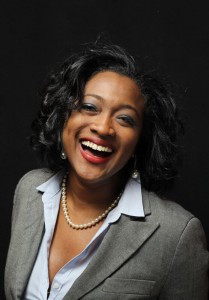 There, Robinson started looking for jobs in architecture but says it didn’t work out. “I’d had some experience in film-making in college, I decided to volunteer at a conference about bringing diversity into the media,” she says. “I did the best job I could possibly do in that role, giving it 110 percent.”

As it happened, the extra effort paid off when her supervisor, a well-known executive producer in Canada, indicated at the end of the conference that she hoped to hire Robinson someday.

Six months later, the executive producer made good on that promise. Robinson became a production coordinator on a reality TV show. It was the break she needed, and she learned a great deal about the film and media industry.

Within a few years, Robinson says, “I got itchy feet.” She headed home to Jamaica to work as director of programming at the Jamaica Cultural Development Commission. “It was a policy position,” she says. “I developed leadership skills and gained an interest in the culture industry.”

As the policy decisions she was asked to make were becoming more complex, she applied to and was accepted at Temple University’s law school. But after her visa was lost in the mail, she decided to spend time in Toronto with friends while the immigration issue was sorted out.

“Then I learned about a joint master’s and MBA program,” Robinson says, “and I thought it sounded like the perfect combination of arts and business—exactly the combination of left-brain and right-brain thinking that I enjoy.” She earned a master’s in communication and culture from Ryerson University with joint coursework in the MBA program at York University. Meanwhile, she worked as head of programming at Women in Film and Television in Toronto.

Robinson was then hired as the lead programmer with the Toronto International Film Festival (TIFF)—a job she held until quite recently. As the person in charge of programming for members of industry at TIFF, she planned seminars and workshops, matched scriptwriters with producers, and expanded her clientele internationally. By the end of her tenure at TIFF, Robinson was spending half of each year in Rome, to be closer to her European clients and colleagues.

“But I’ve wanted to be the Film Commissioner of Jamaica ever since I entered the industry,” she says. “I feel a need to contribute to my country, and when I’m working in Jamaica, I’m helping to build a country.”

That’s where Robinson connects her experience back to college. “Williams cultivated my desire to make a contribution in this life,” she says. “And now, I’m finally in a position to help develop a national industry.”