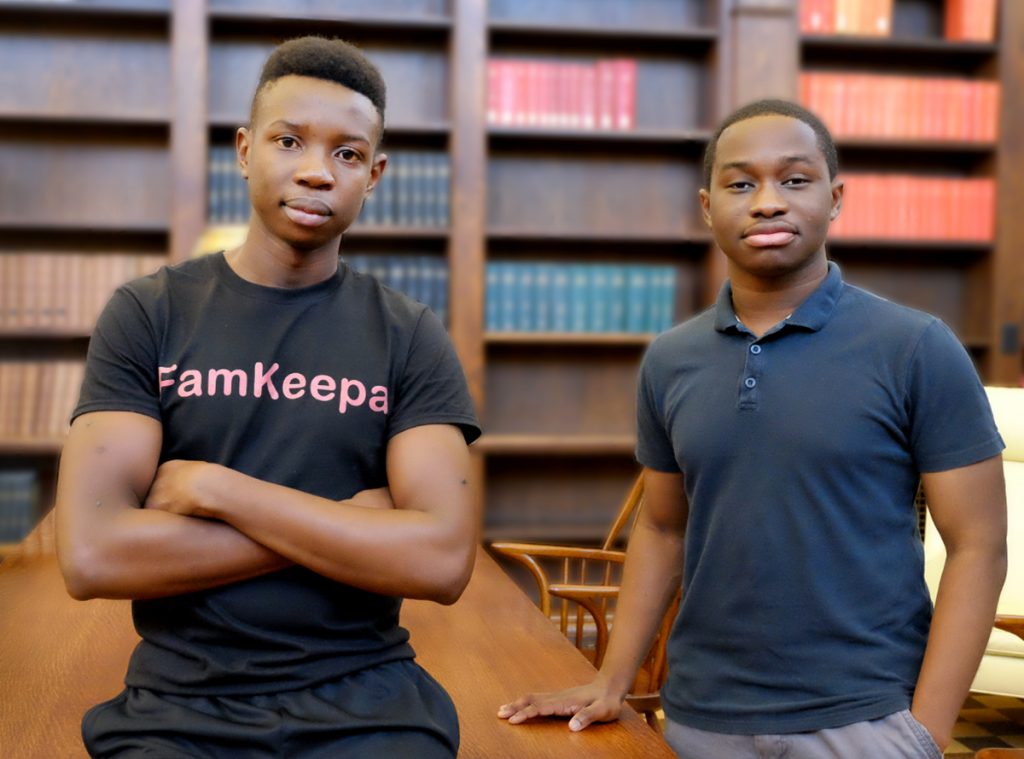 After coming in second place in the Williams College Business Plan Competition last semester, Tafara Makaza ’20 (above, left) and Sean Ninsing ’19 (right) spent the summer at Lever, a North Adams-based nonprofit that seeks to increase economic development in the region by recruiting, developing and supporting local entrepreneurs and providing them with a network of experts, stakeholders and mentors.

Their business plan: To find a better way to support friends and family living abroad.

The idea came to Makaza over the Christmas holiday last year, when he wanted to send his mother a gift. Wiring money to her in Zimbabwe—where Makaza was born and raised—was both expensive and inconvenient. “Plus, I didn’t want to send her money,” Makaza says. “She would have to wait in line to collect it, and sometimes people wait in line for more than six hours.”

Makaza wished there was a way to buy his mother food or a nice dress, or even just to pay her electric bill. If that solution were online, even better. Makaza reached out to an old friend studying at McGill University, and they started batting around ideas for a website where Zimbabweans living abroad could pay directly for things their family bought every day.

Then Makaza—who plans to major in physics at Williams—reached out to Ninsing, an economics major from Ghana. He thought Ninsing’s expertise and familiarity with other regions in Africa would help the business expand. And FamKeepa was born.

The team is still in the early phases of developing their business. Customers living outside of Zimbabwe can log in to the website to buy store credit at Green’s grocery in Bulawayo, the country’s second largest city. The recipient of the credit gets a text message with a code to use at the store. “One of the things that is unique about FamKeepa is that recipients can ask for cash back if they don’t use all of the store credit,” Ninsing says.

Because FamKeepa’s rates are far lower than other money wiring businesses in the region, this perk is felt deeply on both sides of the ocean. “To be able to send your family both food and a little cash is a great feeling,” Makaza says.

As the brand develops, the team hopes to expand into other retail sectors, such as clothing and hardware stores, as well as into areas such as cell phone airtime and the payment of school fees. Eventually, they hope FamKeepa will be a household name in countries throughout Southern Africa, and into West Africa. “All of these same problems exist in Ghana,” Ninsing says of his home country. “I hope that someday soon we are working there as well.”

Brent Filson, the Director of Programs and Operations at Lever who mentored the team over the summer, says, “During their time at Lever, FamKeepa successfully built their product, enlisted over 200 early adopters, and began negotiations with three key partners in Zimbabwe, with one signing a letter of intent. They were diligent in cultivating their early adopters, conducting customer validation interviews, which resulted in changes that would otherwise have gone unrealized until well after launch. Working with the FamKeepa team was a great experience.”