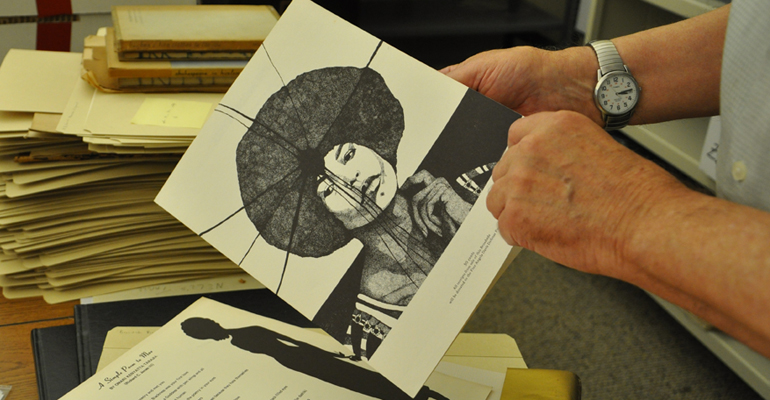 The Breman Collection at Chapin Library

Imagine taking a class at Williams on Black poets of the 20th century, studying jazz and cultural developments of the interwar period, or researching the Harlem Renaissance and the flowering of the Black Arts Movement in Chicago and Detroit, all the while having access to first editions and ephemeral publications by major figures of these eras.

This is now possible at the Chapin Library of Rare Books. A trove of poetry, plays, prose, anthologies, studies, and recordings by both the most significant and less well-known Black artists of the times has been acquired from the estate of Paul Breman, a London collector, publisher, and antiquarian bookseller.

Bob Volz, Custodian of the Chapin Library, calls the Breman Collection, “one of the most focused and skillfully crafted collections of printed sources that I have encountered in over 45 years as a rare book librarian.”

The Breman Collection is organized around material assembled to compile two anthologies of poetry and was the foundation of Breman’s pioneering Heritage Series of Black Poetry. Breman began the Heritage Series in London in 1962 and over 13 years published 25 volumes devoted to presenting the voice of a single Black poet. 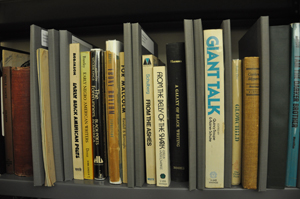 Breman’s early interest in the origins of Black songs developed into a life-long passion about the past, present, and future of Black poetry. Interested in the songs of touring American jazz musicians he heard as an undergraduate while attending the University of Amsterdam in the late 1940s, Breman set out to uncover and collect other verbal literature from Blacks in America, the Caribbean, and English speaking Africa. He developed long-lasting friendships with many of the authors he published and Breman’s personal correspondence with these authors can be found along with Christmas and Birthday cards in the front cover of many of the books.

Philosophy major Andrew Langston ’13, English and environmental policy major Rylee Bethea ’14, and Oxford-bound English major Abigail Adams, ’14 have been working all summer with Volz to organize this material so that the collection can be ready to use by professors and students from across the disciplines at Williams this fall.

Langston says, “Many of the poets Paul Breman collected weren’t widely published outside of his own Heritage Series, and others only appeared in anthologies. Williams students now have the opportunity to read the work of these underground writers, as well as Breman’s own correspondence with many of them. I would call it a ‘once in a lifetime experience,’ but there is nothing preventing students from seeing the collection again and again.”

Rashida Braggs, assistant professor of Africana Studies, is looking forward to using the collection in her teaching. She says, “As a scholar of African American cultural expression in Europe, the Breman Collection is of particular importance to me. I can envision myself thrilling at the sight of a photodocumentary on W.E.B. Dubois’s visit to the Netherlands (found in the Heritage Series) or using my basic German to decipher tidbits from the Dutch paperback study, Blues en andere wereldikje Volksmuziek van de Noordamerikaanse neger. My Africana Studies courses could also make great use of these documents; specifically “Groovin’ the Written Word: The Role of Music in African American Literature” and “Black Migrations: African American Performance at Home and Abroad.” Observing an original edition with a photo, note, or signature makes figures like Langston Hughes come to life for students, and I look forward to the opportunities for more interactive and engaging learning that the Breman Collection at Chapin Library offers.”

Volz notes further, “Breman first heard a frequent female voice in the jazz blues, and then detected the same while studying spirituals and slave songs. Consequently, he was eager to locate what turned out to be the substantial body of later Black female writing that adds another dimension to the collection. A great deal of this was published only in his unparalleled collection of more than 300 anthologies of Black poetry.”