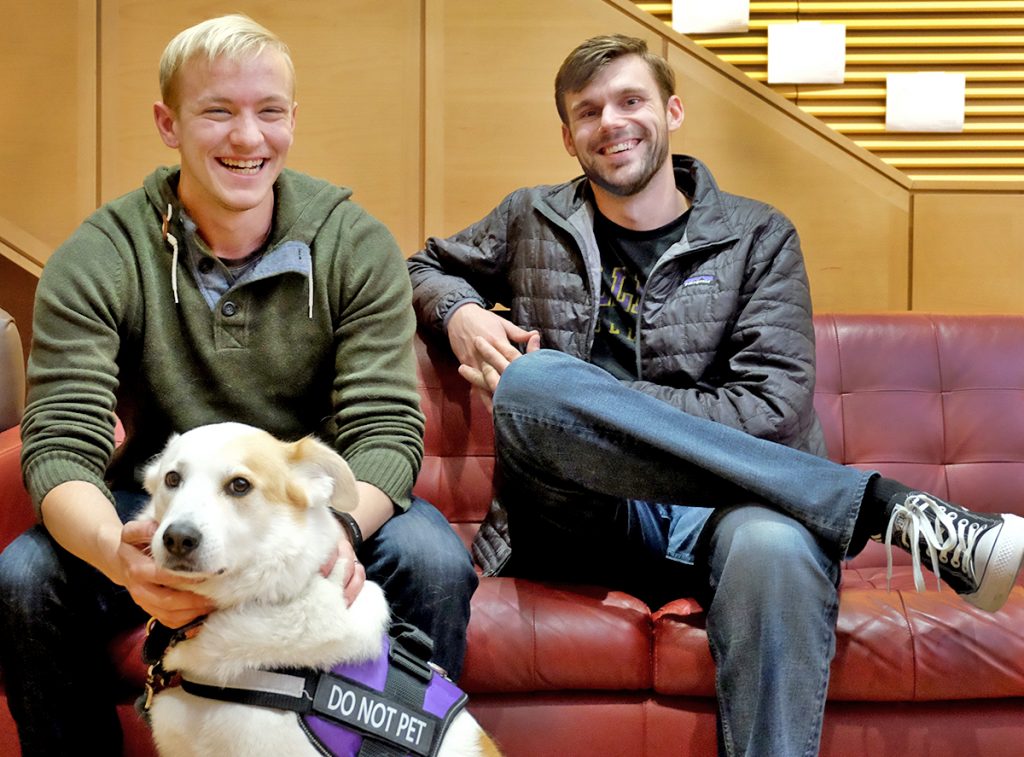 Williams welcomed two veterans to the Class of 2020 as part of a partnership with Service to School (S2S) and VetLink, which is designed to connect high-achieving veterans with some of the most selective colleges and universities in the country and mentor them through the application process.

Benton Leary ’20 grew up near Atlanta, Ga., where, he says, “I was liked by the teachers but knew I was joining the military and wanted to have fun until then.” He graduated with a vocational diploma before joining the U.S. Navy, where he served six years and achieved the rank of petty officer first class.

Though the military provided financial security, the grueling environment and the long hours equated to an hourly rate of less than minimum wage. Leary started researching civilian job opportunities that aligned with his interests, such as banking and consulting. “I started buying used economic textbooks and reading them,” he says. “I started asking questions [about economics] to college graduates.”

As Leary asked more questions, he heard the same message from people he trusted: Maybe you’ll find the answers in college. So he left the military to pursue an education.

Landon Marchant ’20 grew up in rural Wisconsin. He says college was financially out of reach, so “the only way out was to go to the military and get a skill.”

He joined the U.S. Air Force and was an airman first class. He accepted an honorable discharge after two years due to health issues and moved to Washington, D.C., where he worked as a plumber. “I was miserable, but I was very good at what I did,” he says.

In considering a college education, Marchant had Williams on his list. But, he says, “I had no idea how to show schools that I wanted to learn and was worth their time.” He reached out to S2S after someone from Williams recommended the program.

Both Leary and Marchant say S2S’s VetLink helped them achieve their goal of college, though Leary says it took some time before he realized he needed help with the process.

“The military teaches self reliance,” he says. “So I had that mentality going through for a while and didn’t get very far. I ended up reaching out to S2S when I felt myself starting to flounder. I filled out an application and got some help.”

A representative from S2S suggested Leary might appreciate Williams’ small, close-knit campus community. His experience during Previews—when prospective students have the chance to tour the campus, visit classes, and meet other students—helped solidify his decision to join the Class of 2020.

Leary says Williams’ extensive academic resources are evidence of the college’s commitment to student success. “My experience has exceeded everything I imagined college would be,” he says. “It’s imperative to get the word out to other veterans through programs like S2S to help them understand the opportunity that’s here.”

For Marchant, Williams is a dream school. “The professors have met me where I am, and I haven’t once felt like my military and trades background was a detriment,” he says. “My professors don’t care that my starting point is different from other students. They care that I’m putting in the work and want to learn.”

Attending Williams, Marchant says, feels “like coming home to a place I’d never been before.”