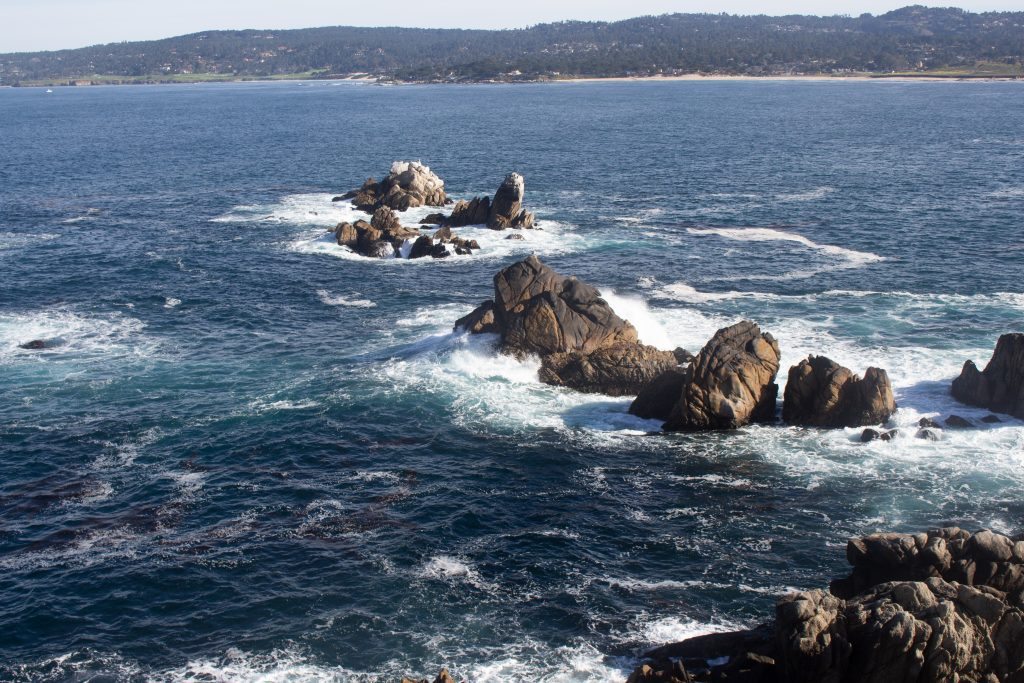 The Global Ocean, taught this semester by the five faculty members who constitute the Williams-Mystic program, is among several new courses introducing Williams students to the interdisciplinarity of the sea.

Based in Mystic, Conn., the program generally draws students from colleges across the country for a semester of courses in maritime literature, science, history and policy. In addition, the students apprentice a maritime skill at Mystic Seaport Museum, analyze oceanographic data from aboard a tall ship off the Atlantic Coast, study international trade in the busy ports of the Pacific and witness sea-level rise and its effects in the vanishing marshes of Southern Louisiana.

The pandemic, however, required a major pivot.

“Our interdisciplinary approach is fundamental to the program,” says geosciences professor Lisa Gilbert. “We knew we wanted to find a creative way to work together and bring elements of what we do best at Williams-Mystic to the Williams curriculum this year.”

Organized around the five ocean basins—the Pacific, Atlantic, Indian, Arctic and Southern—the Global Ocean maxed out at 19 students representing a variety of academic disciplines and all four class years. Each professor takes the lead on one ocean, opening the unit from their disciplinary perspective, but all five come into the conversation over the course of the four class periods devoted to that ocean.

“This structure guarantees that everyone is outside their comfort zone at various points—us included,” says literature professor Ned Schaumberg. “I get to feel like a student when I’m reading some of the materials my colleagues assign, and so we’re also modeling what it means to check one’s own position and consider other viewpoints.”

During a unit about the Arctic Ocean (led by marine ecologist Tim Pusack, who describes the region as “changing drastically”), Schaumberg says he wanted to give students a sense of the place. He assigned this collaboratively written poem and film, pointing out that hearing poetry is different from reading it and that film helps students see the places they’re learning about. “Students get a chance to experience how visual narratives and arguments can be made in combination with, or alongside, poetic ones,” Schaumberg says.

Meanwhile, marine policy professor Katy Robinson Hall pointed out to students the media tropes often used when representing communities affected by ice melt. As she explained, people are otherized; places are on the periphery, such as the edge or the frontier; the ocean and environment are vengeful; and the colonial past is erased.

“It’s important for students to hear their marine policy professor pushing them to explore the folklore and narratives from the indigenous peoples in the Arctic to better understand how to incorporate traditional ecological knowledge into our current understanding of climate changes,” Hall says. “We’re pushing students to build complex questions, to use higher order thinking and analysis to put concepts and disciplines together.”

Their class discussion of media tropes sparked exactly those kinds of connections for Semra K. Vignaux ’24. “Later that week, I read an article for another class and noticed similar tropes,” she says. “The Global Ocean isn’t only making me re-examine what I know about the ocean, but is giving me knowledge I can apply to other areas.”

Vignaux, who plans to major in comparative literature and economics, says she took the Global Ocean because of its interdisciplinary nature. “The class is making me think more about oceans, but also about the way our perspectives about everything are shaped,” she says.

As Gilbert explains, “The problems of the ocean aren’t defined by one discipline.” In a typical semester, she adds, “students don’t really know if they’re in a literature class or a policy class, they’re just reading a book on a beach that’s disappearing and hearing from the town manager about what they’re doing about it.”

In the Global Ocean—and most Williams-Mystic courses—that blurring of the boundaries is the point. The professors plan to co-teach the course again in the spring. Other offerings will include Ocean Science and Policy co-taught by Hall and Pusack, Reading Water with Schaumberg, Earth Hazards and Risks with Gilbert and, from historian Sofia Zepeda, Rioting in British History. All five courses will be taught remotely, with students and faculty members meeting together for every class session.

So-called synchronous meetings are another important part of these courses’ success, Zepeda says: “Seeing the students twice a week on Zoom helps me get a better sense of who they are and the kinds of questions that matter to them.”