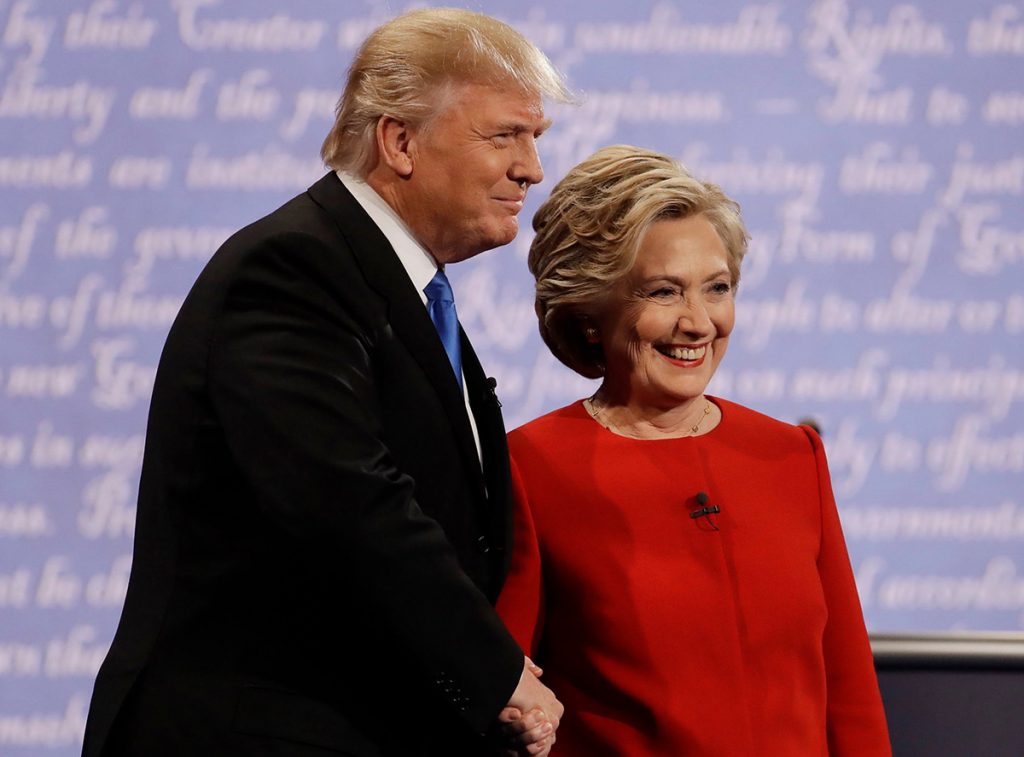 With apologies for stating the obvious, professor of political science Nicole Mellow says the 2016 election cycle is highly unusual—and not because of one out of the ordinary element, but the combination of many.

“We’ve never before elected a president with no record of public or military service to the country, yet Trump has captured a major party candidacy,” she says. “We’ve not seen in a long time the level of backlash against status quo politics that Trump—and Bernie Sanders in the primaries—represent. And yet the country seems poised to elect a ‘status quo’ candidate with very high ‘unfavorable’ ratings. But Hillary Clinton is anything but status quo as the first woman candidate nominated by a major party.”

Mellow suggests that the evident dissatisfaction with the status quo had been building for a while. “You can trace the Sanders and Trump momentum back to Occupy Wall Street and the Tea Party,” she says. “There has been evidence of upheaval and a growing distrust for political institutions for some time, and we’re now seeing that it has trickled up to the presidential contest.”

And she cautions that the election’s outcome is not the end of the story. “We see through history that there have been clear, uncontested losses that have nevertheless resulted eventually in significant victories for the defeated ideas,” she says. As one example, Mellow points to Barry Goldwater, who lost the 1964 election to Lyndon Johnson. While many media outlets have focused on how both Trump and Goldwater attracted fringe elements of their parties and were rejected by the Republican establishment, Mellow says they’re quite different from each other.

“Goldwater was an established and respected senator who articulated a coherent, conservative philosophy,” Mellow wrote in a recent blog post for the Miller Center. “He inspired a potent, innovative, and well-organized movement because of his commitment to those conservative principles, and he conducted himself with a principled integrity uncharacteristic of most politicians.”

Mellow asserts that after Goldwater lost the election, factors that contributed to his loss helped to bring about the success of modern Republican conservatism a few decades later. She’s co-authoring a book, due out this summer, with Jeffrey Tulis at the University of Texas, Austin, called Legacies of Losing in American Politics, in which they argue that there are several key political losses in American history that have had profound and unacknowledged effects on American political development.

“We have a popular narrative of progress in this county that sees unequivocal forward momentum toward our liberal ideals happening at key moments, such as the founding, the Civil War, and the New Deal,” says Mellow. “In our book, we show how each moment had an ‘anti-moment,’ where the loser in the defining battle actually achieved some significant success down the road. Collectively, these anti-moments temper the national story of progress.”

Should predictions of a Trump loss play out, the impact of his candidacy will likely still reverberate in American politics, Mellow says. She asserts in her blog post, “It is reasonable to assume that a Trump loss—and a Clinton win—will not spell the end of the political tempest of this past year. Instead, we are likely to see continued battles inside both parties.

“Trump has thrived in part on the currents of an anti-liberal tradition that our book makes clear is fundamental and still vibrant,” she adds. “All of this can be exploited by enterprising politicians in the coming elections.”