Associate Professor of Political Science Justin Crowe ’03, whose book Building the Judiciary: Law, Courts, and the Politics of Institutional Development examines the development of the federal judiciary, says the current stalemate between the Senate and President Obama over the Supreme Court nomination of Merrick Garland has no historical precedent. But, he says, we’ve been building to this moment for some time. 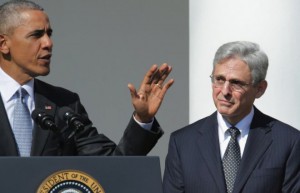 Crowe points to 1987 as the pivotal moment in the development of Supreme Court politics. “When Reagan nominated the conservative Robert Bork to the Court, a fight ensued in which the democratically-controlled Senate blocked him 58-42,” Crowe says. “Since then we’ve seen more justices strategically timing their retirements, a move toward appointing younger and younger nominees, and the level of obstruction rising.”

The result of the current obstruction is an eight-justice Court, a situation Crowe says will likely extend until at least March of 2017. “That’s how long it will take for the next president to nominate someone and for hearings to be completed,” he says. “And a Supreme Court as evenly split as this one will certainly result in a number of cases being tied.”

When a case results in a 4-4 decision, the lower court’s decision stands—but only in the jurisdiction in which the case was tried; the ruling does not establish any national precedent. “This presents a problem when two circuits heard similar cases but ruled differently,” Crowe says. “We will undoubtedly see issues from cases that end in a tie this year percolate up from another circuit when we have a ninth justice.” That, Crowe says, is a waste of everyone’s time.

“But there’s nothing sacrosanct about the number nine,” Crowe says, explaining that the number of justices on the Supreme Court has ranged from as few as five to as many as 10, and that the number is set by statute, not the Constitution. “For a brief time in the 1860s, there were 10 justices—though this was short-lived because of fears that the number would prove unwieldy and result in all the problems we’ll see this year with an even-numbered Court.”

Crowe’s biggest concern with the stalemate, however, has more to do with the nominee himself. “If the next president is a Democrat, President Obama’s nomination of Garland may box that person in,” he says. His argument is that if Senate Republicans criticize Merrick Garland as too liberal, they will demand the next president nominate someone yet more conservative. “Garland is widely considered an extremely competent, respected, experienced, well-dispositioned judge,” Crowe says. “He is not as liberal as many expected from an Obama nominee, but if the Senate says he is too liberal, they can argue they won’t accept anyone more liberal than him in the future.”

Crowe isn’t surprised by this stalemate, and even suggests President Obama—in his attempts to, as Crowe says, “be the responsible adult in the room”—may have acted naively in nominating Garland. “There’s an argument that Obama should have nominated the most liberal justice he could find, for two reasons. One, so that he’s not setting a low benchmark of what’s acceptable, and two, to mobilize voters. A nomination like Sri Srinivasan of the DC Circuit, for example, might have mobilized the Asian American vote. Furthermore, voters who don’t tend to consider the Supreme Court a crucial campaign issue might have taken up this cause and voted some of the obstructionists in the Senate out of office.”

Crowe adds, “While I think it’s perfectly reasonable to say these aren’t the kinds of considerations the president should think about, the problem is the Republicans made clear that this battle was going to be ugly, and I’m not convinced the president shouldn’t have shifted his calculations.”