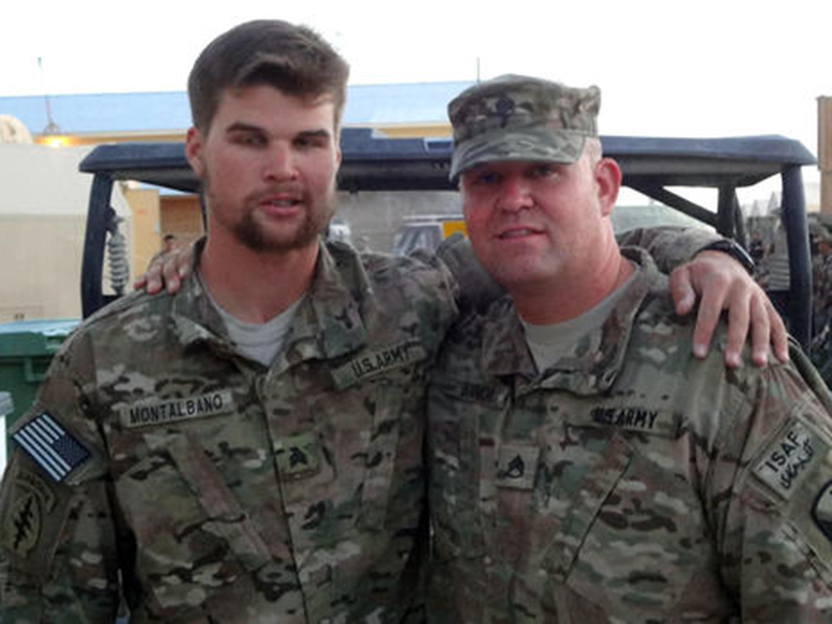 A Life-Changing Incident and What Comes After

Hank Montalbano ’10 knew long before graduation that he would serve in the military after college. “As early as freshman year, when I took a political science class about the post-9/11 world, I realized I wanted to follow a different path,” he says. “But I also wanted to understand who I was at my core, and I knew I needed to mature, so I placed myself outside of my comfort zone.”

Montalbano majored in political science and Arabic studies, and his study abroad experience in Amman, Jordan during his junior year was transformative. “After that, it was clear to me that I would enter a world where the work I did could make a real impact on the ground,” he says.

So he signed a contract giving him the opportunity to become a Green Beret. He was attracted to the Special Forces not because of what he calls “the Hollywood image” of that division of the military, but because he knew the Special Forces do a lot of training work and are unconventional warfare experts. “You’re acting as a force multiplier, partnering with and training indigenous forces and transferring your knowledge so that they can carry out missions autonomously,” Montalbano says. “It’s highly diplomatic and interpersonal work, and I knew my language skills would be put to good use.”

But joining the Special Forces without any prior army experience isn’t simple. Montalbano had to take prerequisite courses and successfully complete an intense two-year training before earning his Green Beret, which he did in May of 2013. He spent the next seven months at Fort Campbell in Kentucky, where he trained primarily to work in communications, operating radio and satellite programs and working with encrypted messages. In January of 2014, his unit was deployed to Afghanistan.

For several months, his work involved carrying out clearance operations, setting up the communications infrastructure for his team and serving as a liaison between the U.S. and a partner force of over 100 personnel. “It felt like my life came full circle then, having studied and learned intimately about the culture and customs in Jordan, I was able to connect and build a really strong rapport with our partner forces and understand some of the problems they were facing,” he says.

Montalbano’s unit saw a lot of combat in the first half of 2014. But none of it prepared them for what came in early June—the team’s last mission of the deployment. They entered a part of the province that he describes as “like the Wild West.” “This region really hadn’t been tested in a long time,” Montalbano says, adding that they were there to assist Afghan forces in securing their districts ahead of national elections. “It was a crossroads for insurgents coming over the border from Pakistan and making their way to Kandahar.”

“We would infiltrate an area late at night or before dawn, and then spend the entire day moving across remote areas with the Afghans to see if there was enemy activity, weapons, anything else that was suspicious,” Montalbano says. “We realized early on that we were getting into areas that did harbor a lot of enemy activity.”

In the evening on June 9, 2014, Taliban forces attacked Montalbano’s team from multiple directions across a valley. They were under heavy fire, and required help from the air. The aid came in the form of a high-flying B-1 bomber, which wasn’t the typical support for close-air missions. Though the ground forces under fire marked their positions with infrared strobes, the B-1 bomber lacked the technology to detect them. The plane misinterpreted data coming from the ground and dropped a bomb on Montalbano’s teammates, killing five U.S. soldiers and one Afghan soldier. “A small team of us then responded to the site to conduct the recovery operation,” he says. “Nothing could have prepared us for what we had to do at that point.”

Montalbano and his team leadership disagree with the Pentagon’s conclusion regarding responsibility for how the bombing happened. He appeared on this episode of 60 Minutes in 2017 in hopes that awareness of those issues could prevent the same mistake from happening again. “Few soldiers are given the chance to tell their story in a public forum, and I’m glad my team leadership and I were handed that microphone,” Montalbano says. “My former commanding officer is lobbying Congress now to prioritize this important issue.”

Montalbano stayed in the Special Forces for another year after the incident, but he knew he would need a change after that night on the hill. He spent much of his remaining time in the Army supporting the families of his deceased teammates by serving as the official escort to memorial services to honor fallen soldiers. “In that year, I also came to value access to mental health resources,” he says. “Many people have to confront difficult things without the tools to navigate their post-traumatic realities. Counseling gave me more clarity in planning my transition to civilian life.”

“As much as I learned in my military training and experience, I also realized that I had a degree from Williams College, and it was time to apply that in a different context,” he says. After working for a couple years with Ernst and Young in Dubai, Montalbano entered an MBA program at the University of Washington, from which he graduated in 2018.

“At Williams, I had anchored myself largely to social sciences and language studies, and I wanted to apply a more quantitative rigor and financial acumen to my work going forward,” Montalbano says of his decision to earn an MBA.

He now works at the Schultz Family Foundation in Seattle, where he’s involved with making and managing grants for the “Onward Veterans” portfolio, which focuses on transition services, reintegration and community development. “This is about as close to a dream job as possible, given my passion for veteran issues,” Montalbano says, “It matters a great deal to me that I can make an impact in a field where the stakes are so high.”