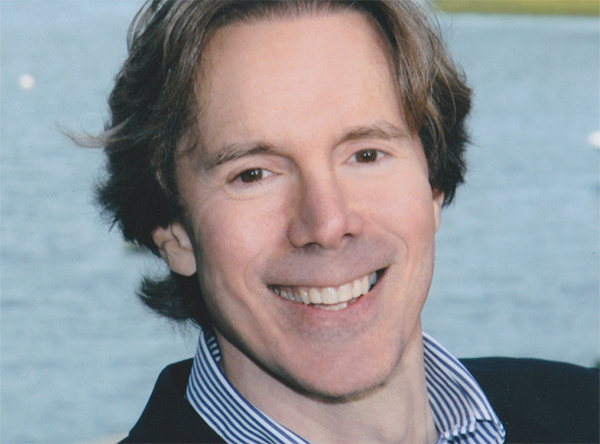 When Frank Doelger ’75—best known for his work on the hit HBO series Game of Thrones—was a young TV executive, something deceptively simple changed his life. He snapped at a sales woman.

“I was with a good friend who asked, ‘Is this what you’re going to be like from now on?’” Doelger says. “I asked what he meant, and he said, ‘You’re going to treat people badly because you think you’re important?’”

That comment forced Doelger to look back on how he’d arrived where he was—and what needed to change.

He’d studied English at Williams and written a thesis on the invention of the imagination in Herman Melville.

“I realized I had an interest in how character and ideas unfolded through story,” he says. “But I didn’t think it would lead to a career.”

He was on his way to law school but put it off when he was awarded a fellowship to Oxford to pursue a graduate degree in English literature. While there, he also spent time at the University Dramatic Society and co-authored a musical adaptation of Evelyn Waugh’s The Loved One. Still, Doelger planned to come back to the U.S. and go to law school.

“Even though I’d had this wonderful experience, had learned a great deal and had an instinct that working with creative people was something I might be good at, I never considered a life in the theater or film as a career,” Doelger says. “It was just something I could do on the side.”

“I’d read a quote in my early 20s—I can’t remember it exactly—that spoke to the idea that there was ‘nothing safer than wanting nothing,’” Doelger says. “And I really wanted a career in a creative field. I could imagine my whole life if I went to law school—it’d be interesting, I’d do well financially, I’d be intellectually engaged—but there was no risk. I was lucky to realize that there was also nothing sadder than wanting nothing, and so I took a huge leap and accepted the job.”

Over the next few years, Doelger got several rapid promotions that he describes as “propelling me wildly beyond my experience. I was forced to flex muscles that I hadn’t developed, that I wasn’t even sure I had, but that’s what the job demanded, so I gave it a go.” And he was good at it.

But at the time he snapped at the sales woman, he says he was drowning. “I was ill prepared and in way over my head.” The work, as head of development and production for a New York-based TV company, was demanding more than he felt he could handle. “The upheaval at the company that resulted in my fast promotion required that I right the ship and ensure a smooth transition,” Doelger says. “After I’d done that as best I could, I realized I needed to take a sabbatical.”

At the time, his team was on location in India, and so Doelger stayed, traveling around the country for several weeks. “At the end of the trip, I asked my guide, ‘As I understand it, in Hinduism there is one god, but you mentioned that at last count that god has 3,800,000 incarnations. I’m curious if there is one central tenant that you have taken from your life as a Hindu,” Doelger says. “She said ‘Yes, for me it’s very simple: ego leads to sorrow.’”

Today, with six Emmy Awards under his belt, as the creative head for the recently formed Intaglio Films—a production company with offices in Berlin, London, and New York—and a slate of four new projects shooting in the next year, Doelger says he thinks about that every single day. “In a business so filled with egos, I always try to be on the alert for the role my ego plays in my decisions,” he says. “Of course, I discover that my ego is at play somewhere. But the key is to discern whether it’s clouding or influencing or prejudicing my judgment. If so, I ask how I can try to make sure it doesn’t.”

Doelger’s sense of humility, his quiet manner and clear vision, came through as he sat on the stage at the ’62 Center for Theatre and Dance at Williams last spring, where he was in conversation with associate professor of Africana studies Rhon Manigault-Bryant. “Frank’s genuineness radiates from him, and his humility is palpable,” says Manigault-Bryant. “It did not feel that we were on a stage, but like an intimate chat between friends. I have such a clear sense of why Frank is so good at what he does—he invites you into the story as a reader and a character, and none of it is an act.”

Doelger says now that he’s grateful to Williams for setting him on a path he never expected. “I entered Williams with no idea what I was going to do,” he says. “I was so inspired by my English professors Bob Bell and Larry Graver who showed me how fiction could reveal truths about character and our experience of being human and uncovered my own gift for language and story. That gave me the courage I needed to risk taking this path.”

The Feeling of Williams
Mountain Day 2019