One of the main goals of The Book Unbound initiative is to involve the entire college community in a full range of events that are connected to its main themes but that go well beyond the classroom. The ’62 Center Performance Series, WCMA, the Oakley Center, and many other groups are devoting important parts of their programming for the year to this initiative. Likewise, the new library will be home to many events and exhibits.These activities aim to engage students, faculty, staff, alumni, and the local community as broadly and deeply as possible. 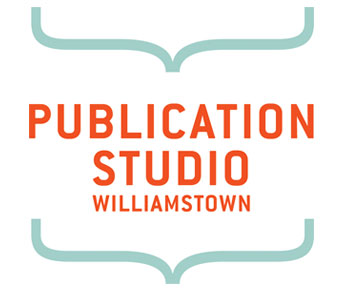 Publication Studio
September 25, 2014 – December 19, 2014
The Williams College Museum of Art’s Rotunda, the site of the college’s original library, becomes its latest hub. A platform for public and curricular use, Publication Studio brings us together to make books and exchange ideas about the ever-changing notion of the book. 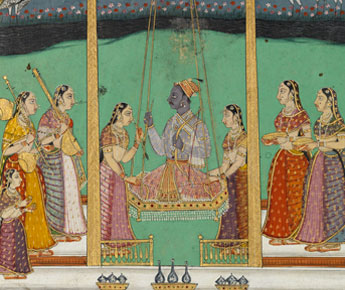 Musical Garlands: Ragamala
September 27, 2014 – January 4, 2015
Sixteen miniature paintings from India, on view at the Williams College Museum of Art, give visual form to a layered history. They speak across time to a musical legacy: traditional ragas, or melodies, inspired poets to take up their pens, and in turn, verse inspired visual expression. 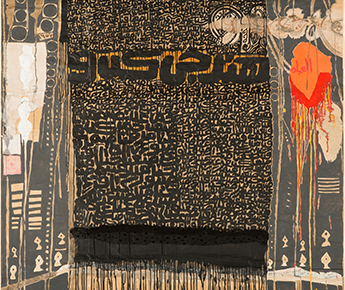 Fathi Hassan: Migration of Signs
November 22, 2014 – April 26, 2015
Egyptian-born Nubian artist Fathi Hassan is known for paintings and drawings of deliberately illegible Arabic script. His intentional obscuring of text draws attention to the ambivalence embedded in written language and graphic form. On view at the Williams College Museum of Art. 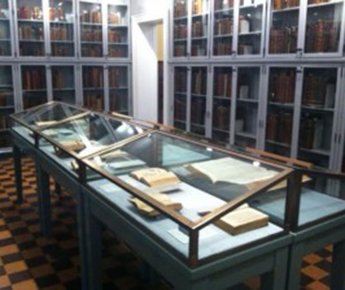 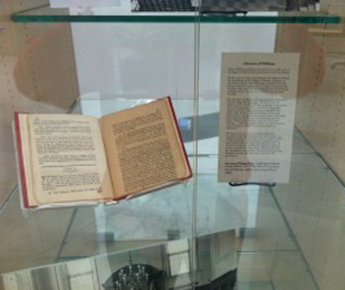 The Laws of Williams College, published 1795
September 20 – December 1, 2014
This exhibit showcases the original printing of the Laws, images from old Sawyer Library, images from Stetson Library, and an image of the college’s first dedicated library space in Lawrence Hall. 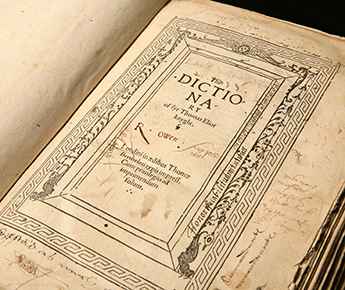 Alphabets and Dictionaries
September 20 – December 1, 2014
This exhibition at Chapin Library showcases letters and words as the building blocks of learning. 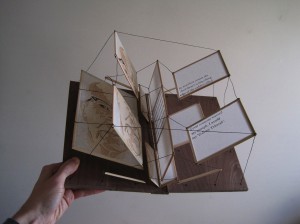 Geographies: New England Book Work
January 18 – March 20, 2015
The traveling exhibit of the New England Guild of Book Workers is currently on display in Sawyer Library.  Featuring 26 works produced by Guild’s members in response to the theme of “New England”, the exhibit features a nice sample of new bookbinding and artist books. 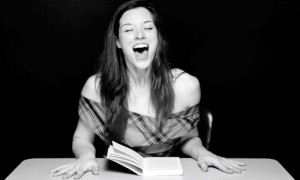 Bibliotechaphilia
Beginning January 24, 2015
The six artists in Bibliothecaphilia explore the medium and ethos of libraries: institutions straddling the public and private spheres, the escapism that libraries offer, libraries’ status as storehouses for physical books — and thus for experiences and knowledge — and the way that these objects circulate and are re-used. On view at MassMoCA.